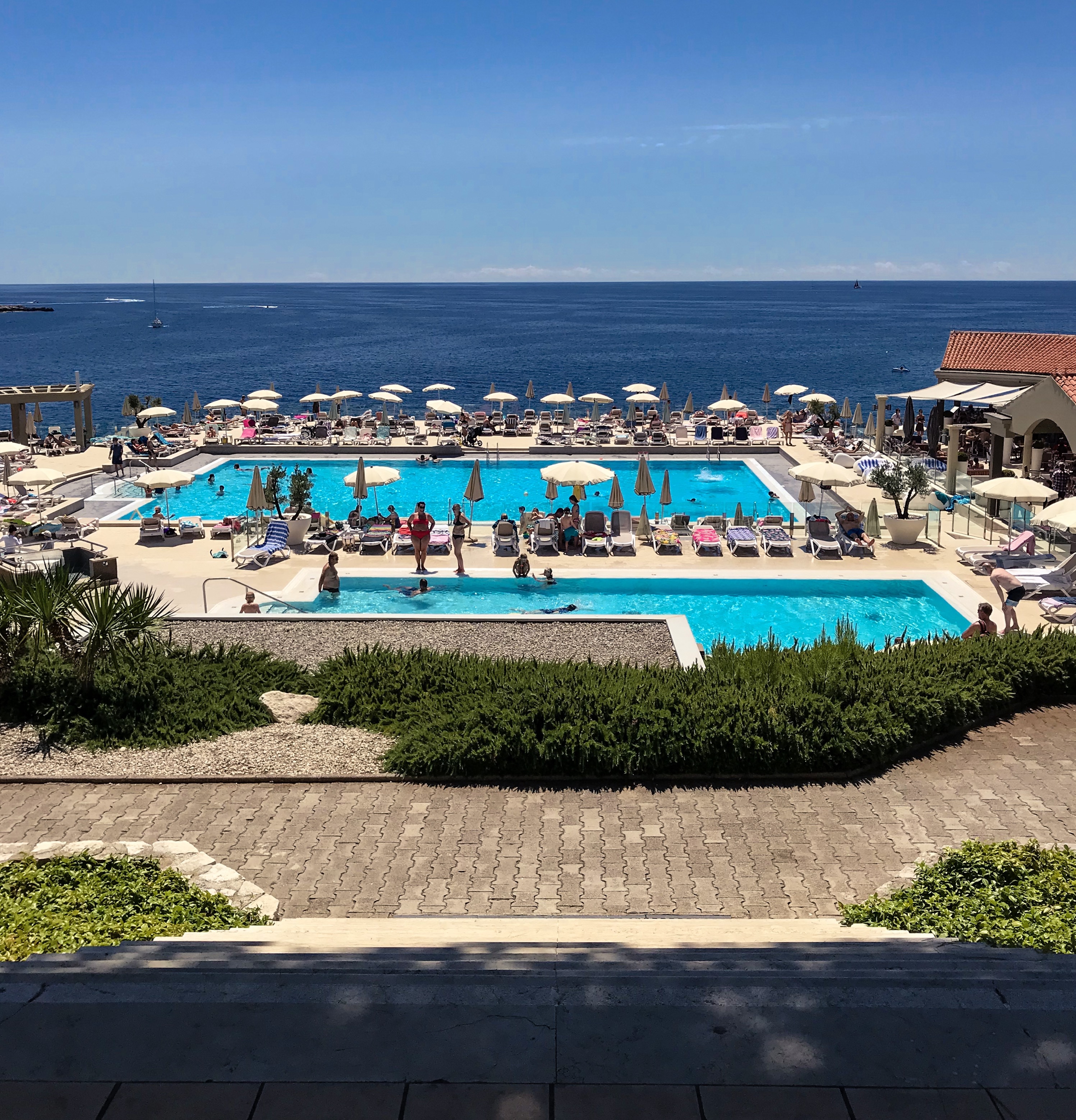 I recently returned from a visit to Pula which is in the north of Croatia. I chose Pula because firstly, I’ve seen people on my social media travel to Croatia and it looked amazing, secondly, I wanted somewhere picturesque but cheap enough and thirdly, I wanted somewhere that gave me the option of having a lot to do but also allowed me to have lazy days. Pula ticked all of my boxes and more!

From my research, I found that unlike Dubrovnik and Split, Pula is up and coming for tourists so if you go to the right places, an average meal will cost £10-15.

We stayed in the Park Plaza Verudela, in a studio apartment which is right next to Park Plaza Histria, the hotel. From what I could make out, it was almost a complex with maybe another 3 or so hotels, a supermarket, at least 8 restaurants (we tried 5) and it was right by the sea so you didn’t just have to lounge by the pool.

The studio itself when we arrived was clean, however, there was never a full clean done the whole week which was a bit annoying as cleaners did come in… We had a view of the gardens outside from the apartment and from the balcony, you could see the pools/sea. It was self catered so they had all the facilities and utensils needed if you did want to cook and Croatia has some of the cleanest water around the world so once we found out, we drank tap water! 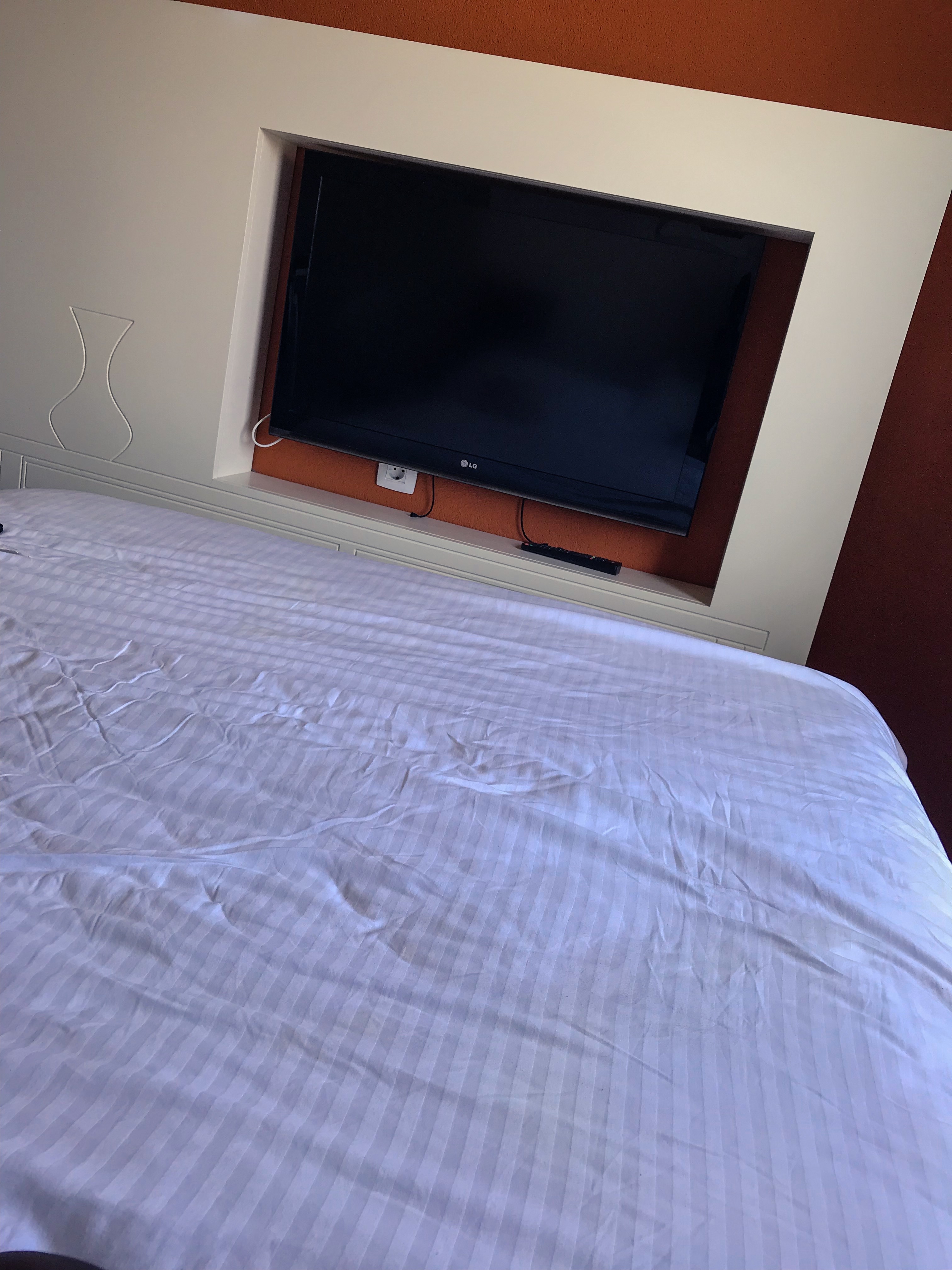 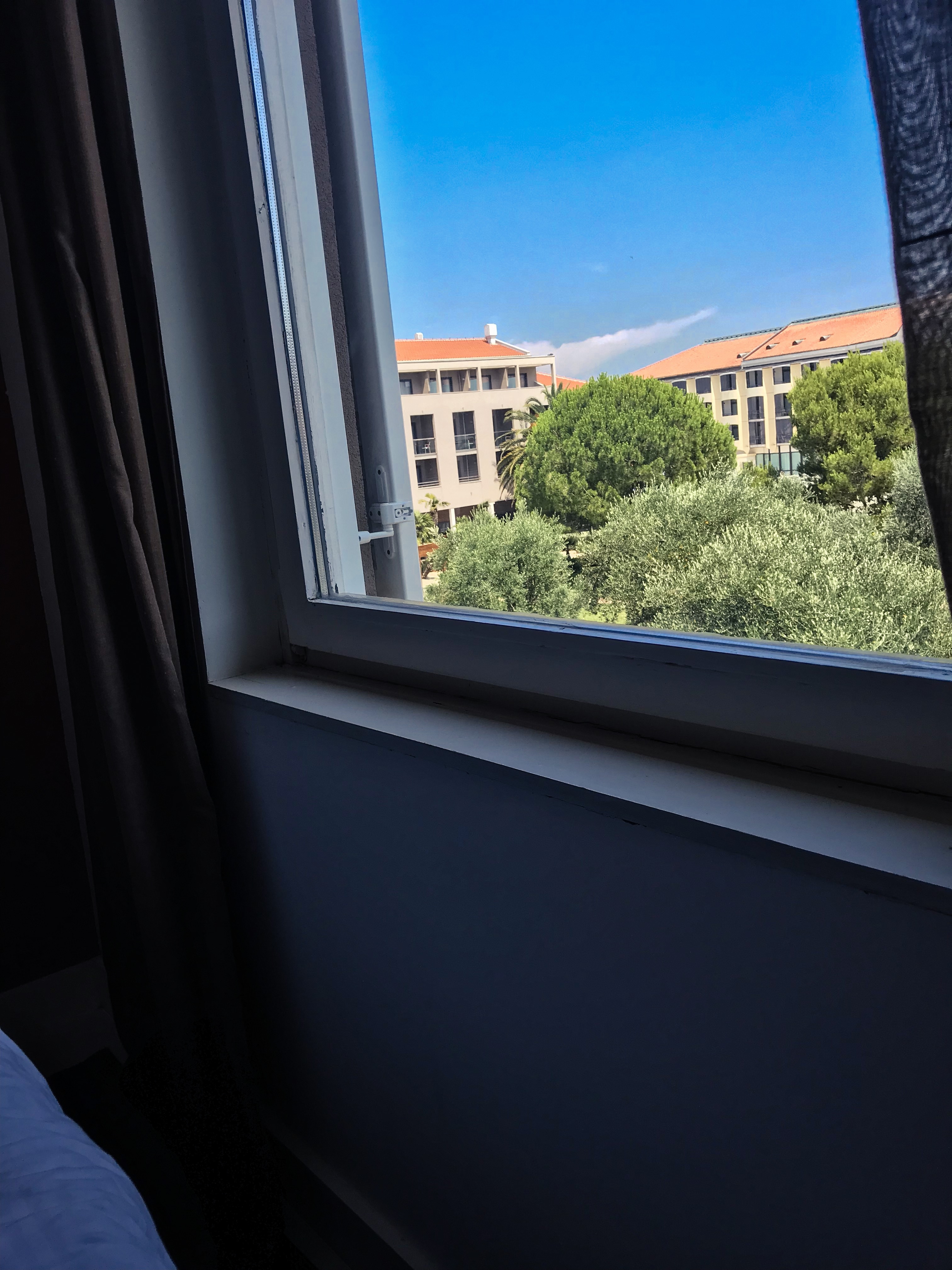 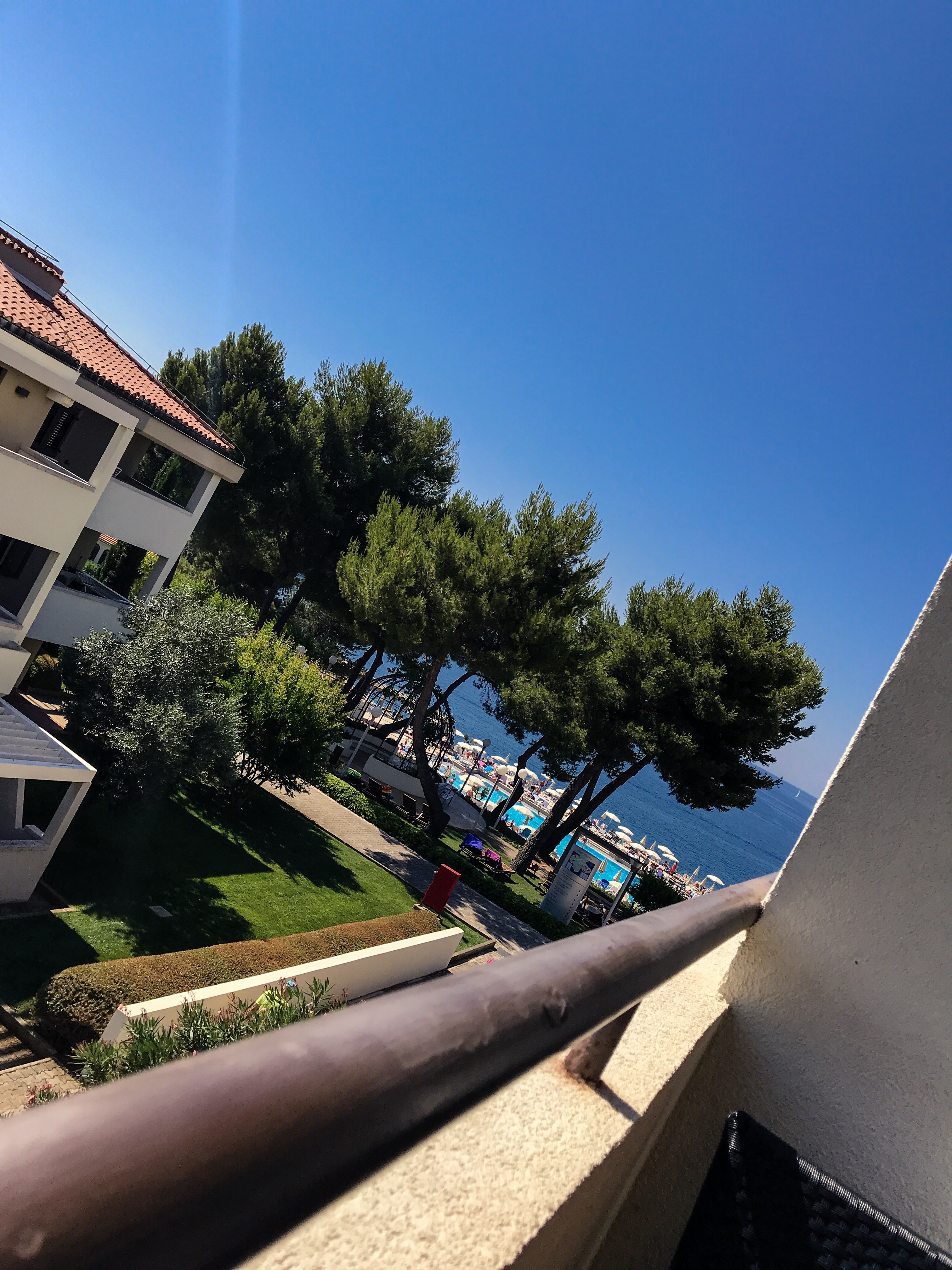 Right outside the apartments, there was a restaurant which ended up being our favourite (called Kuglana) because it was so reasonably priced, which was great but the food itself was lovely and the staff (especially Branka) were so friendly! 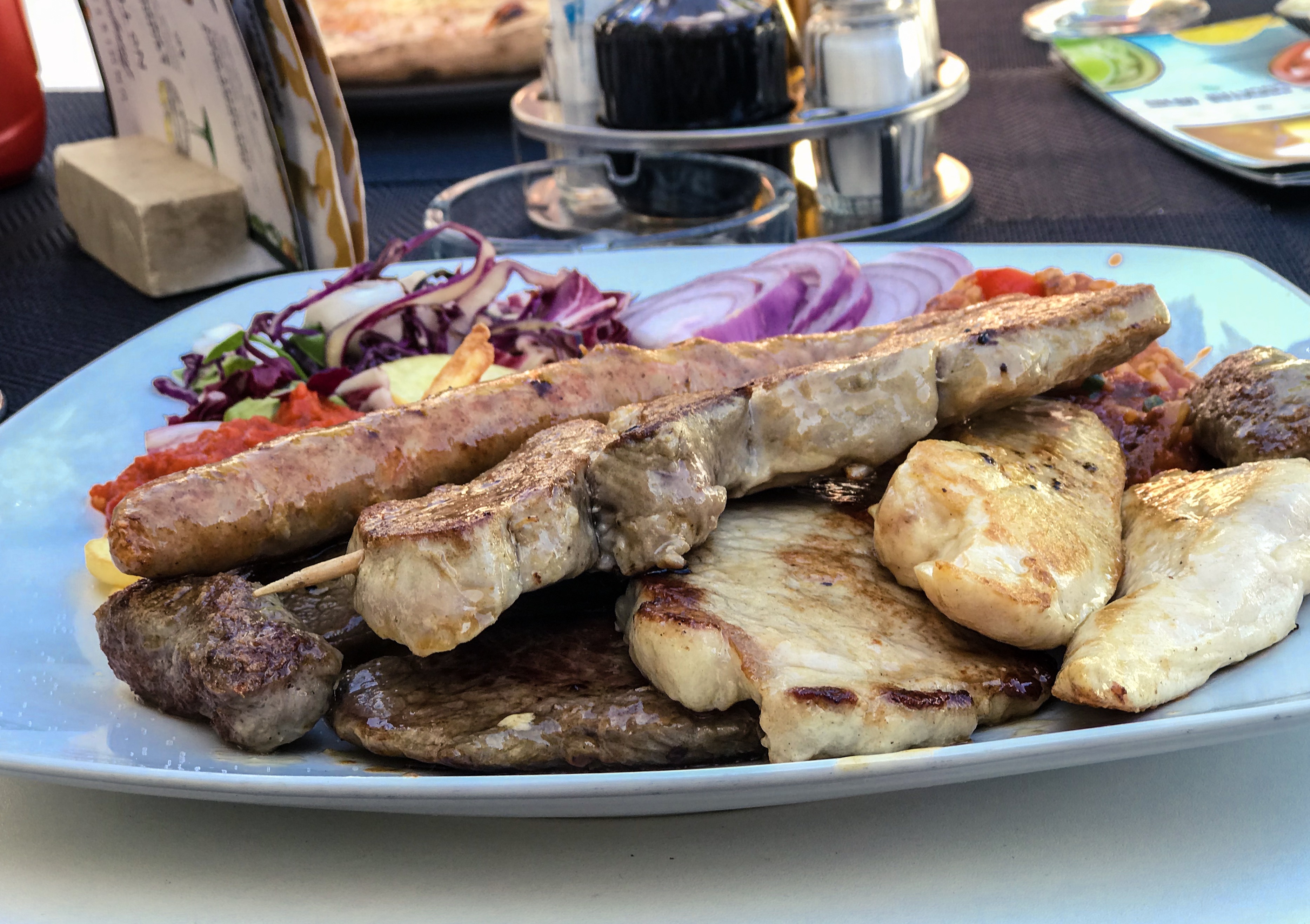 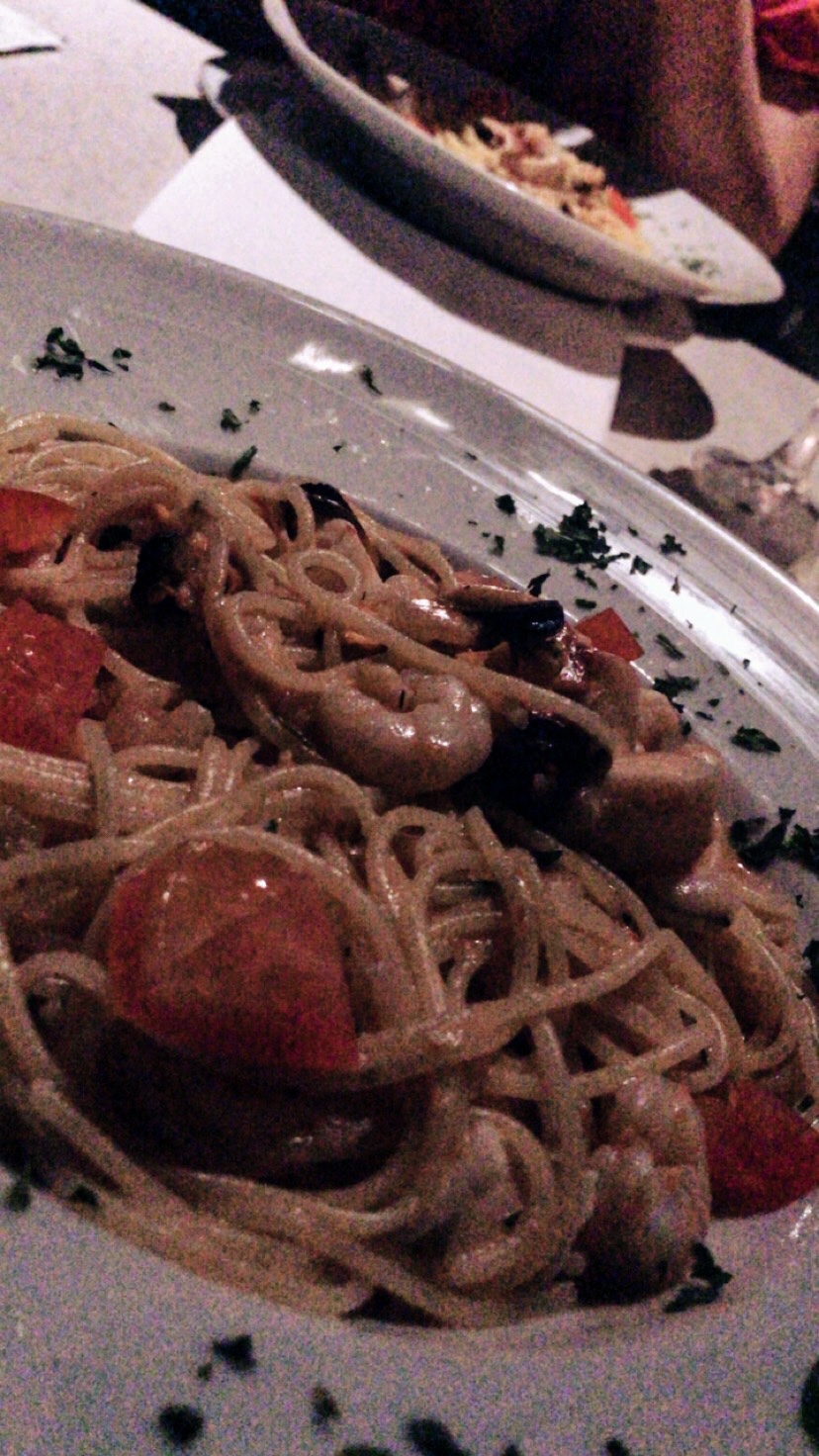 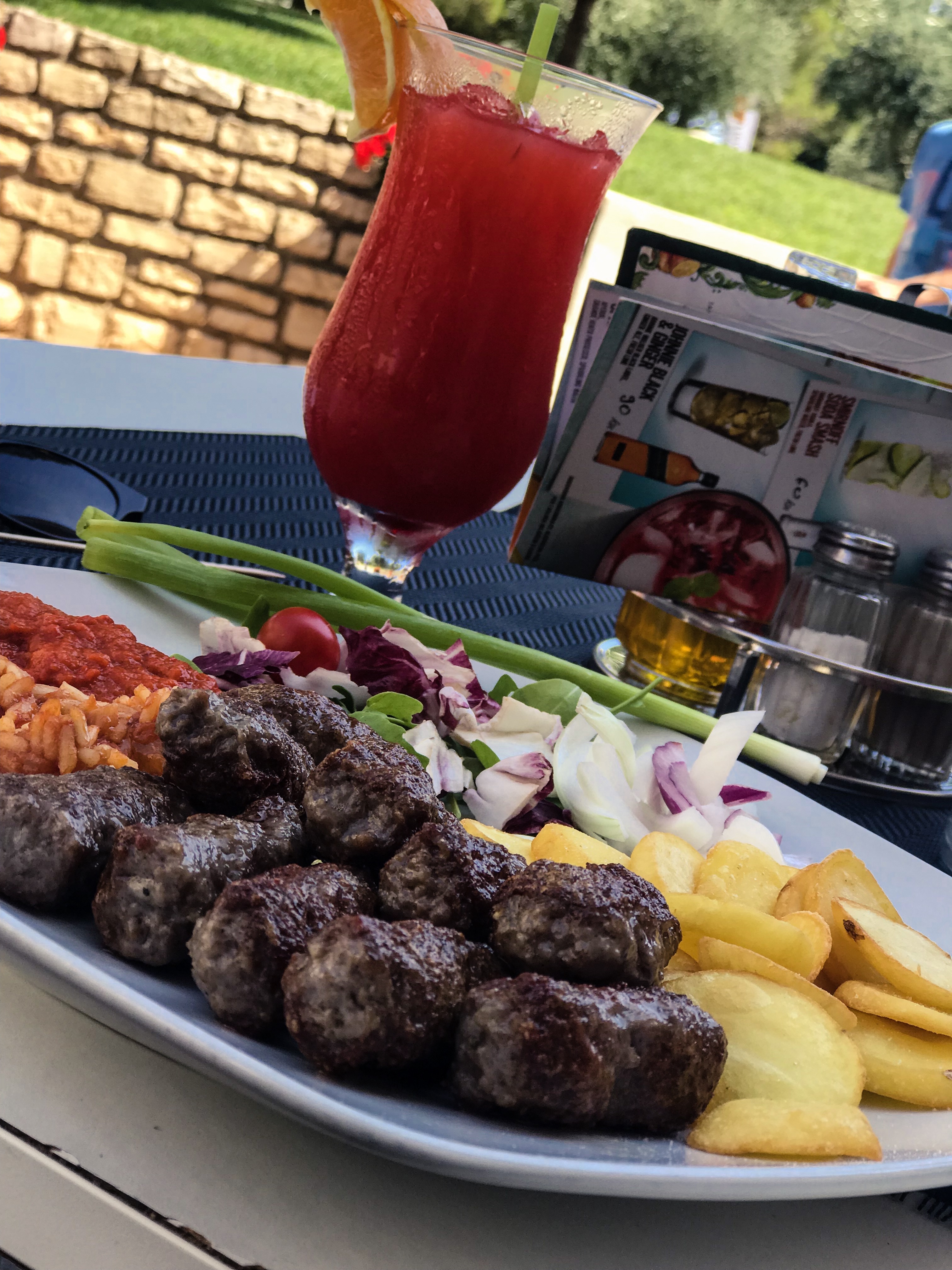 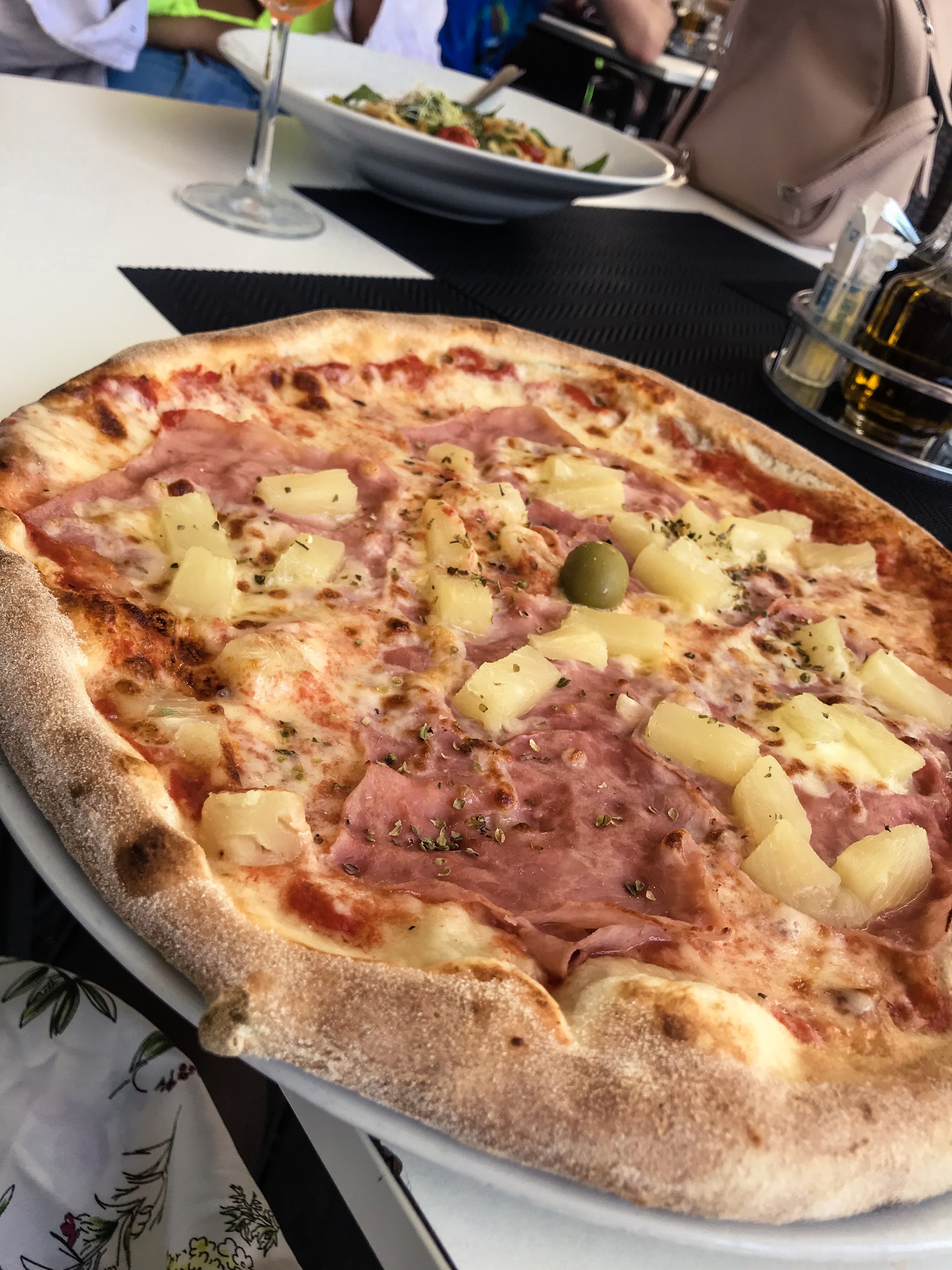 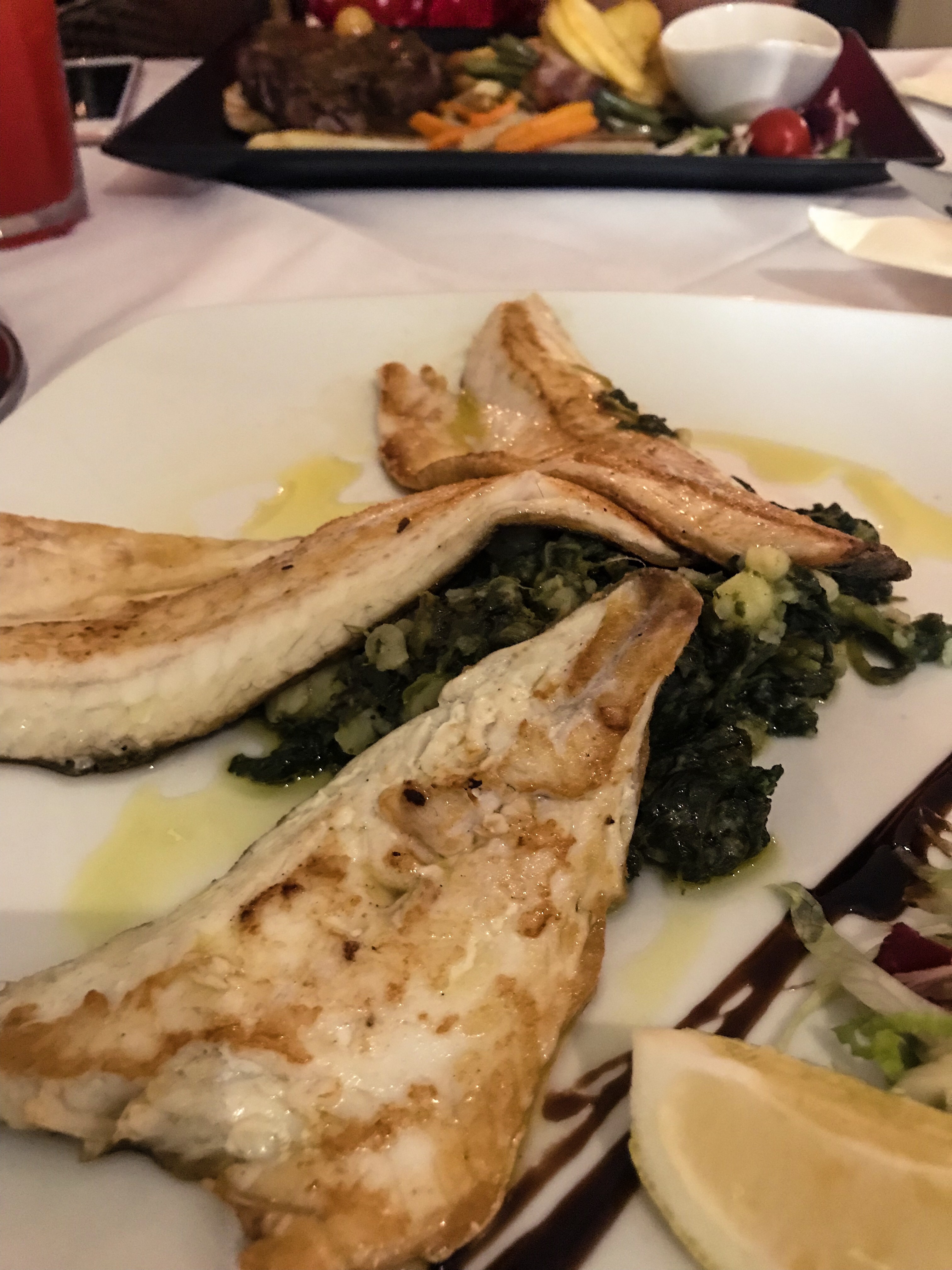 Things to do around Park Plaza

Around the hotel, there was plenty to do. They hold shows/activities in the garden i.e. a burger fest, live music and other entertainment such as a musical recreation which we loved! They had everything from remakes of Chicago to High School Musical which I believe were all performed by staff. They also have a games room with racing cars, bikes and bowling etc. 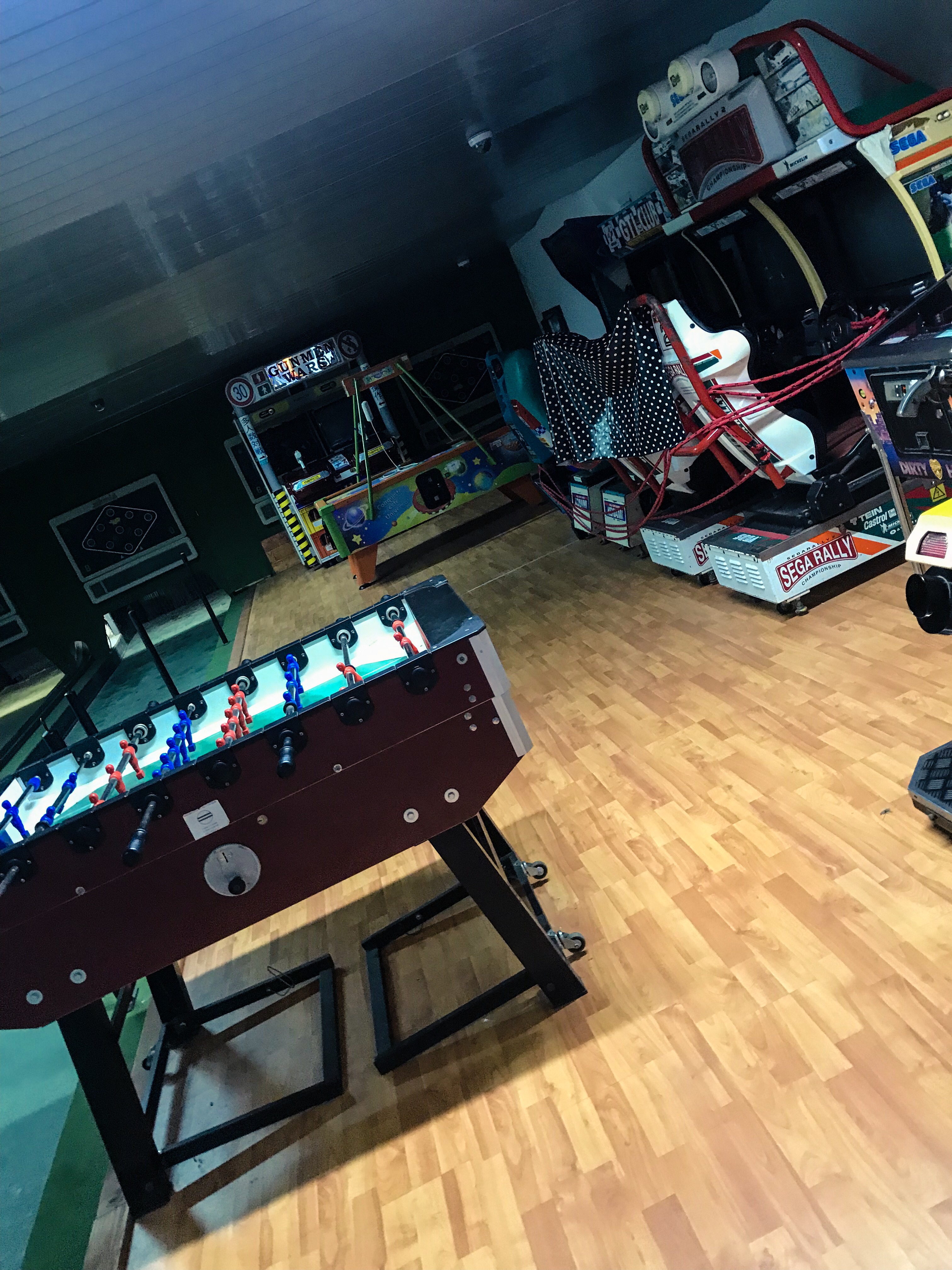 There’s a bike rental facility which I’d definitely recommend just to explore the area, as the place is so big! We paid 60 Kuna (just over £7) for 5 hours and found ourselves a quiet little spot to sunbathe. 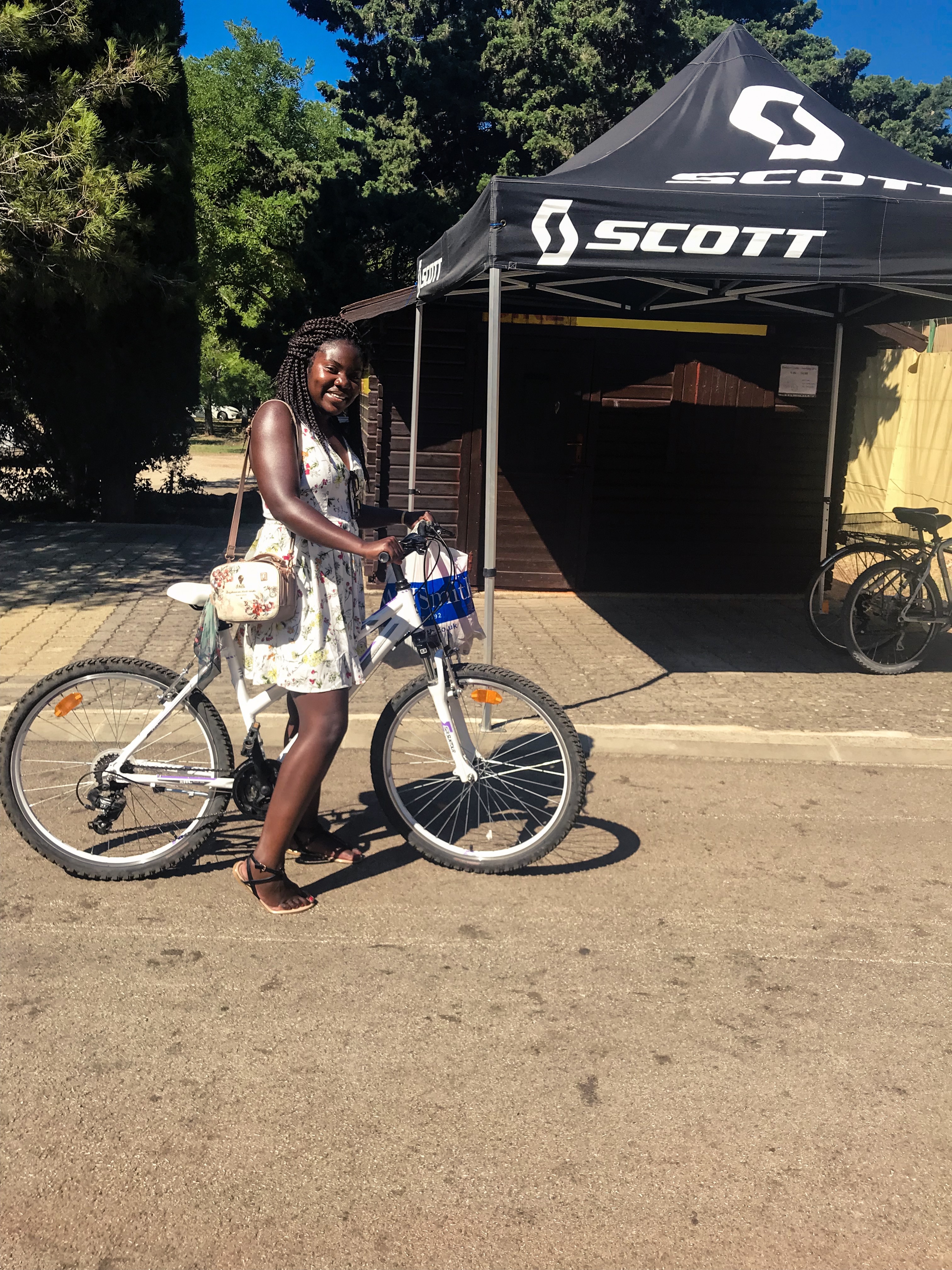 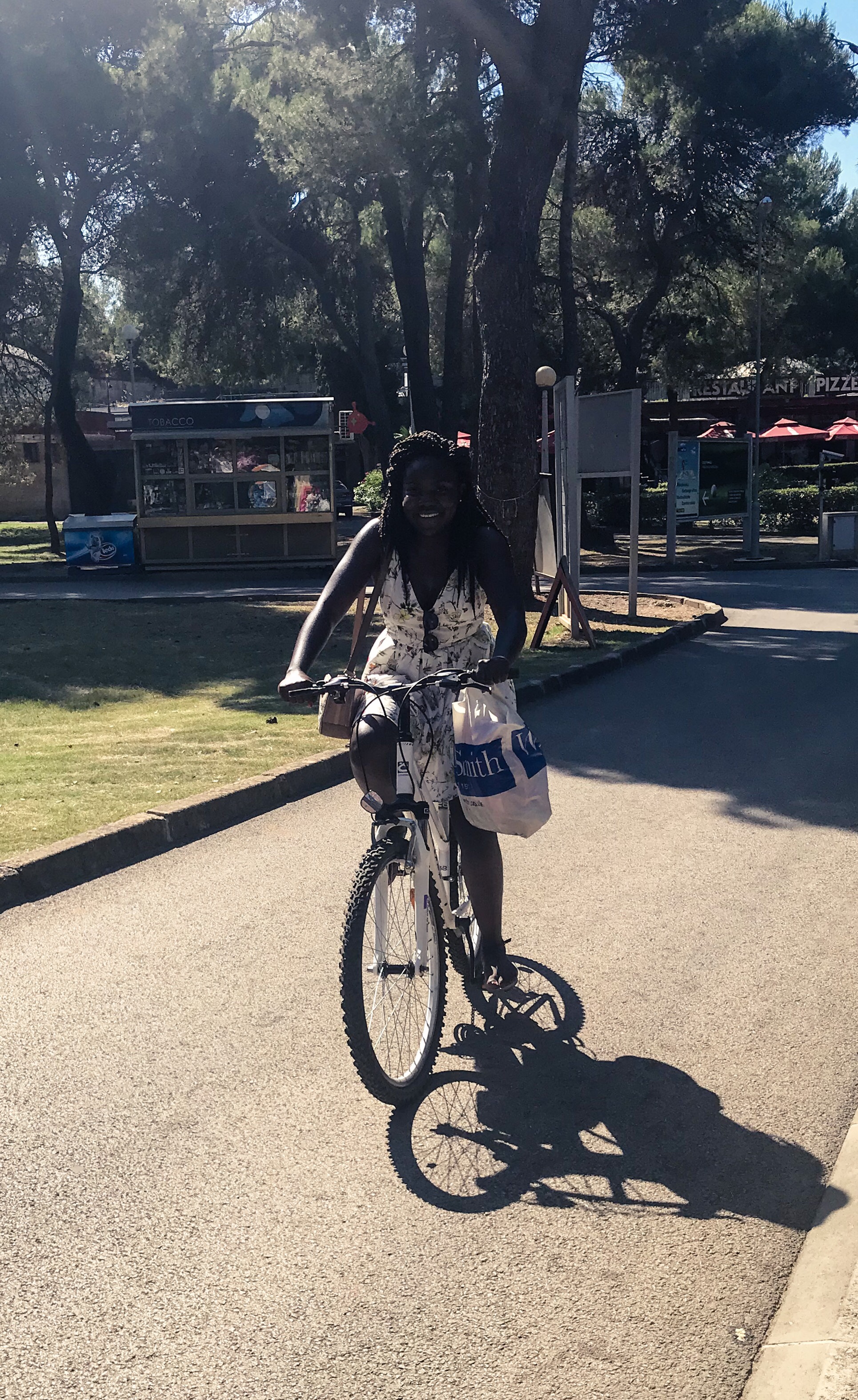 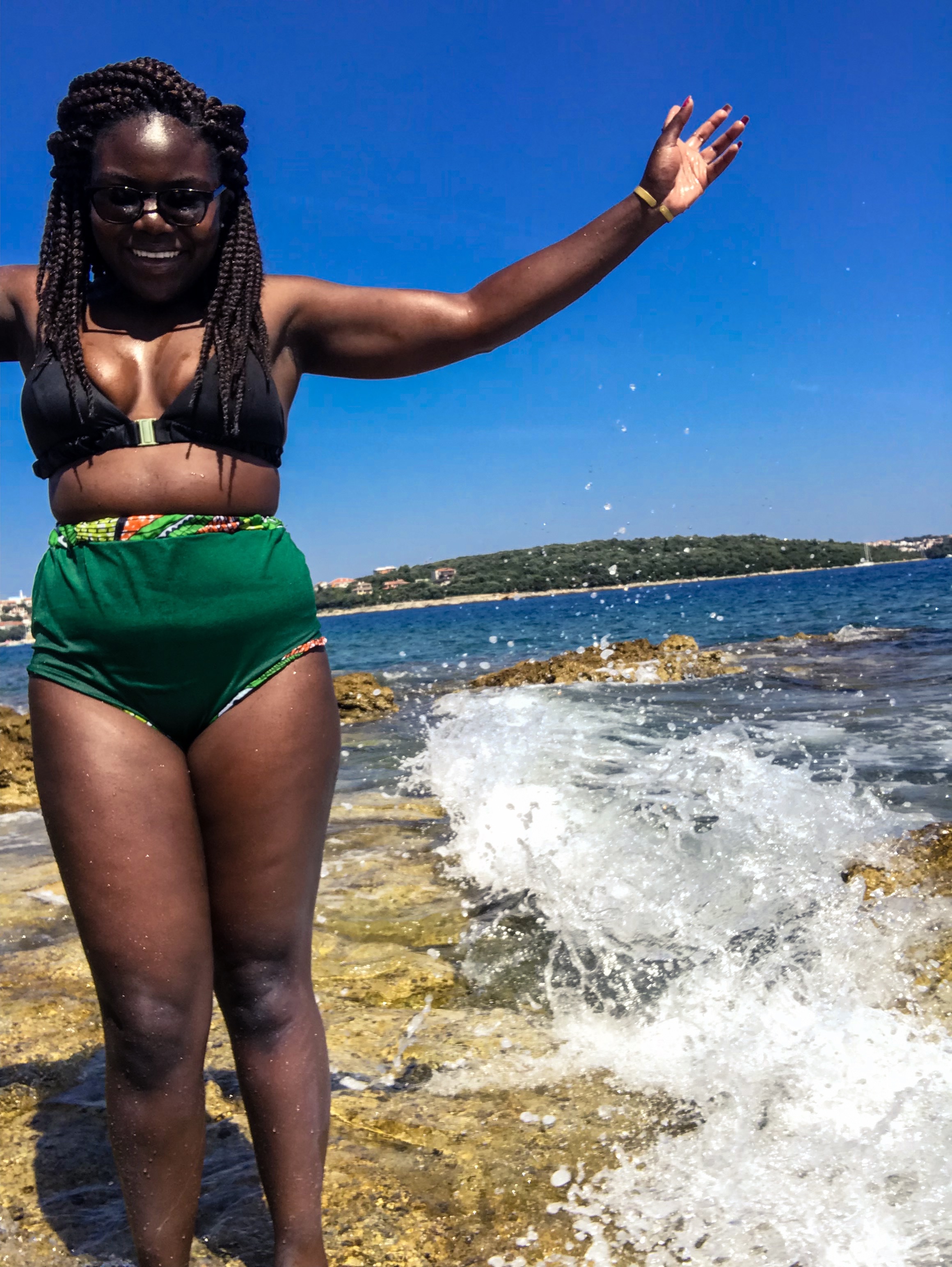 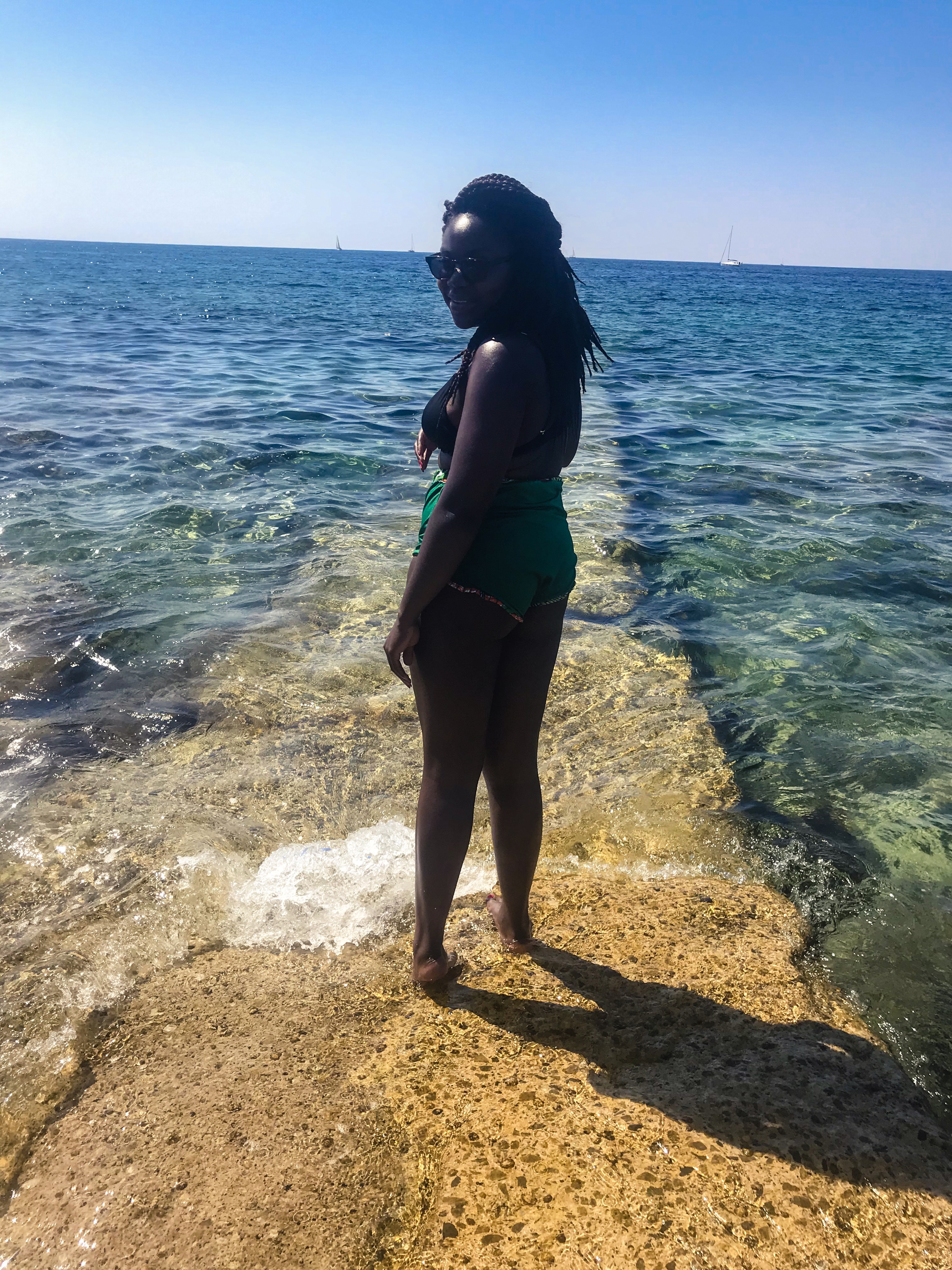 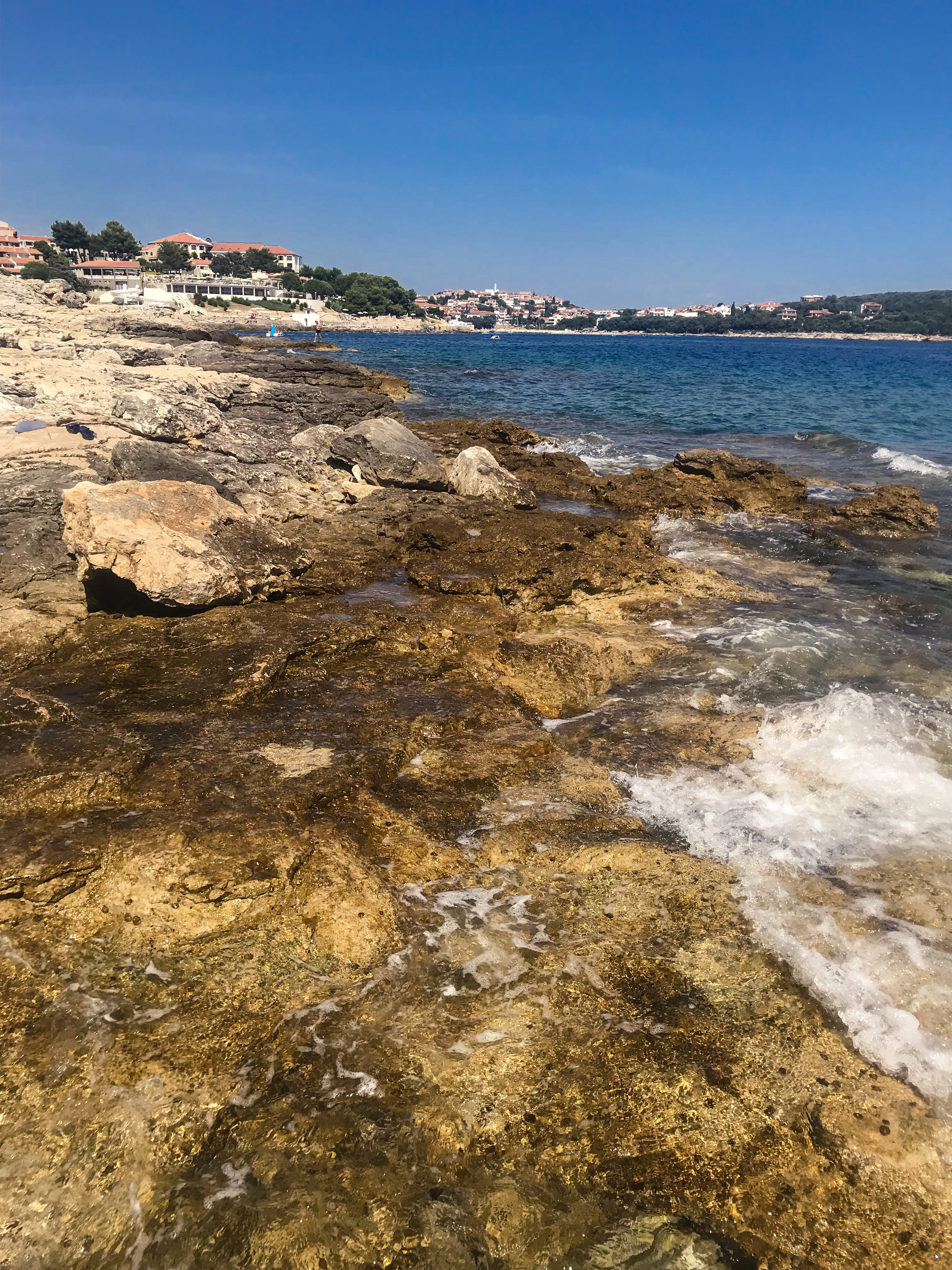 If you just want to lounge about, you can sit by the pool which we never did as it was always so busy from the morning. We preferred to be by the sea. You’re charged for sunbeds so it’s either 60 Kuna for the day on a sun lounger or 100 Kuna (just over £12) to rent a bed for the day. We didn’t realise how expensive it was but luckily, after 7pm, you don’t have to pay so we did our thing most days and then went by the sea after 4pm. It’s light and hot till at least 7pm so you don’t miss out on the sun! 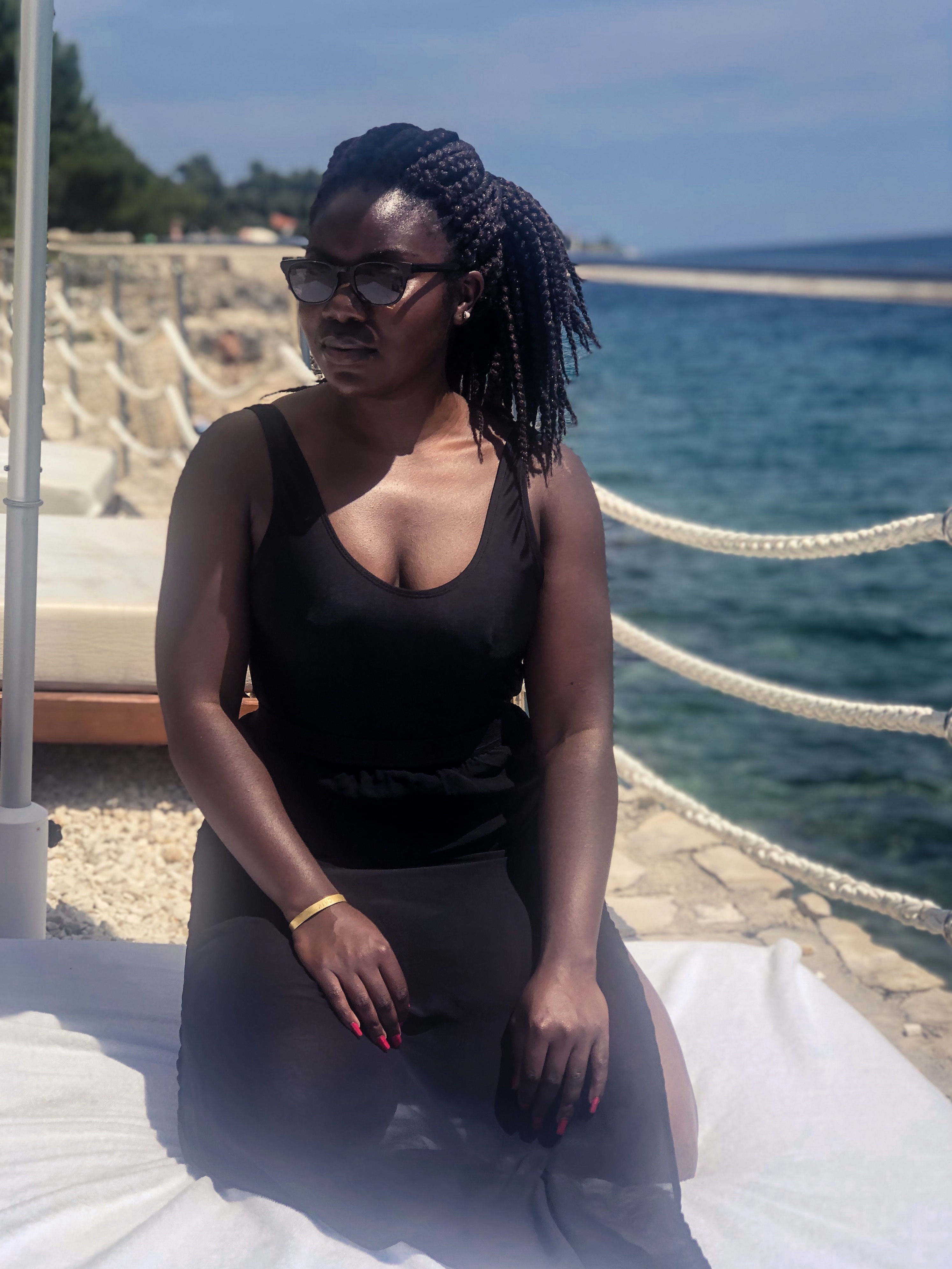 Things to do in Pula

Getting about Pula is straight forward enough. We got the bus most places which was 11 Kuna one way each (approx £1.35) or taxis which cost about £5 for a 10 min journey.

Of course with Pula being by the sea, there are many types of cruises! We went Dolphin watching one of the days which was AMAZING! I didn’t expect to get to excited when I saw one but between that, the excitement and the open bar, there was no keeping me quiet! The boat cruise was around 400 Kuna (approx £50) for two people and included a 3 hour boat ride around the islands, dinner (the best fish I ate all week) and free drinks (watch the alcoholic ones…). I’d advise anyone that’s looking at doing boat cruises to not just book the first one you see (like we did) as there are various types and you can barter with the companies. 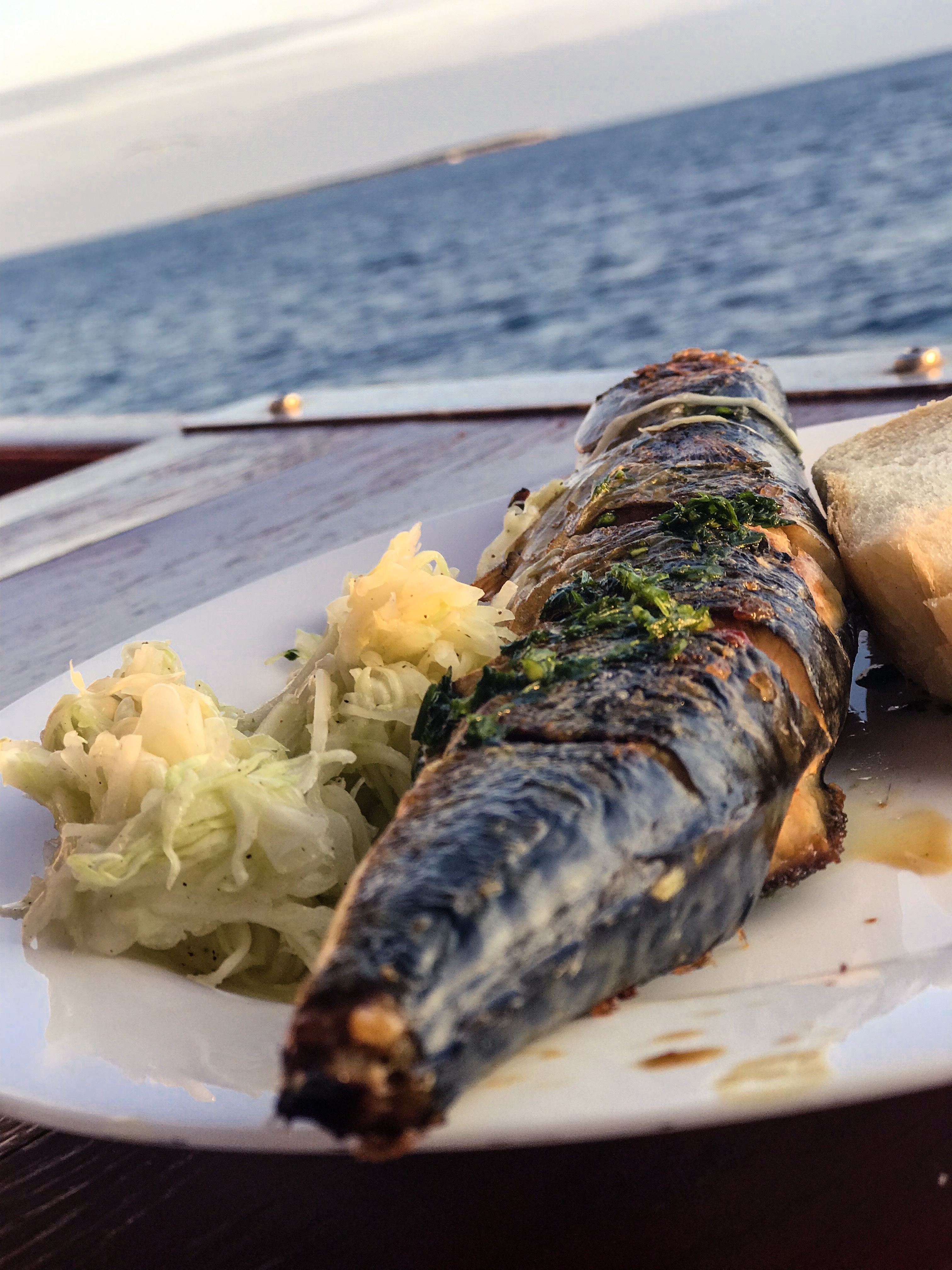 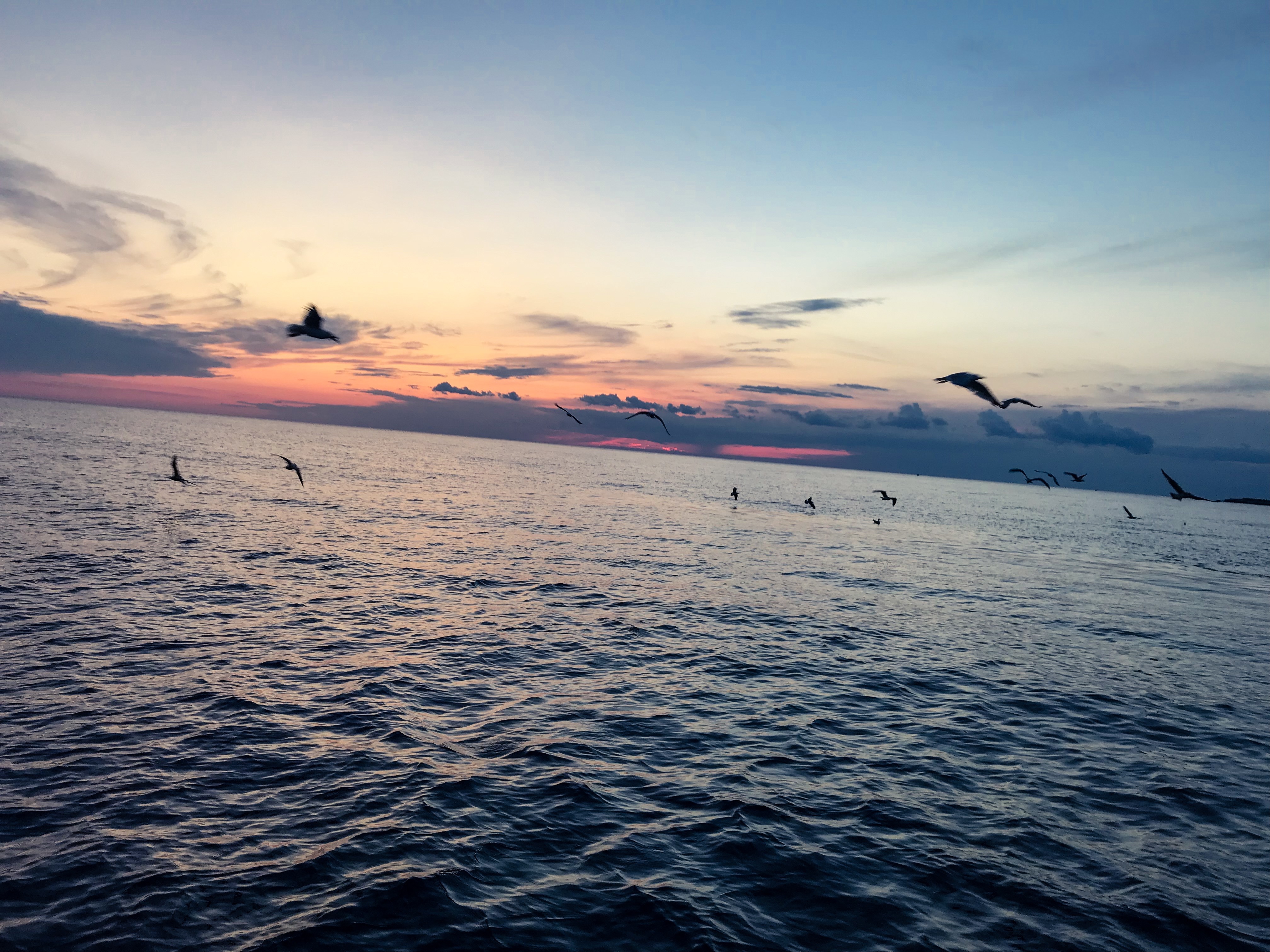 Next to the sea in the centre of Pula, there are shacks which sell street food and drinks. We didn’t eat from there but I got a Mojito which had so much alcohol I still shudder at the thought! In the centre is also a bar called Caffe Bar Bolero which is run by Tony and Alexander who are father and son. The atmosphere is great, it was busy whether we passed it in the day or night and the cocktails were lovely! 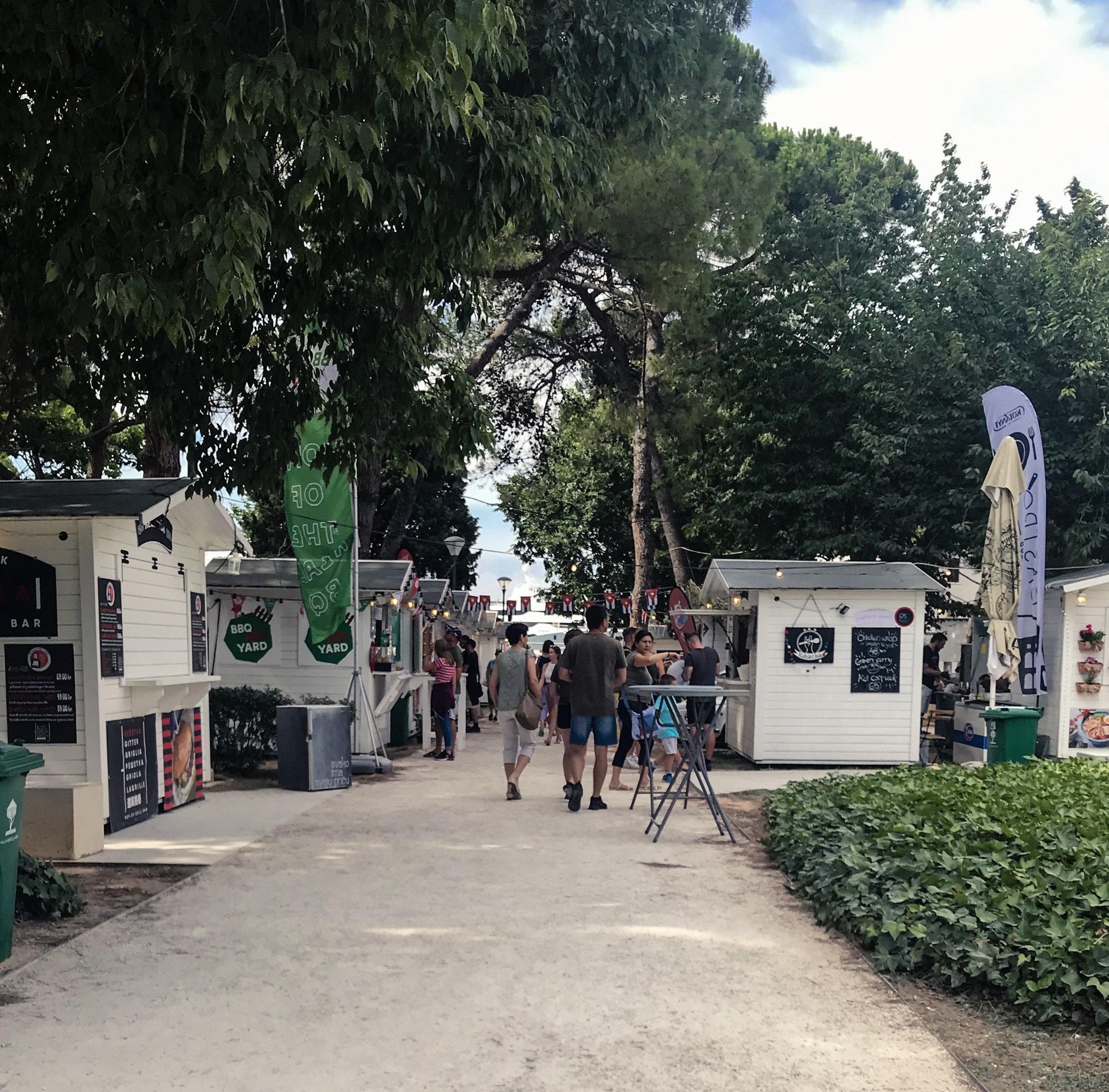 On our first day of exploring, we went to a restaurant called Jupiter Pizza which has lots of great reviews on Trip Advisor and Aaisha wanted to check it out. I got Sea bass whilst Aaisha got pasta. The food was lovely and the service was great too. It’s such a cute place and very busy which is clear to see why once you sample the food! 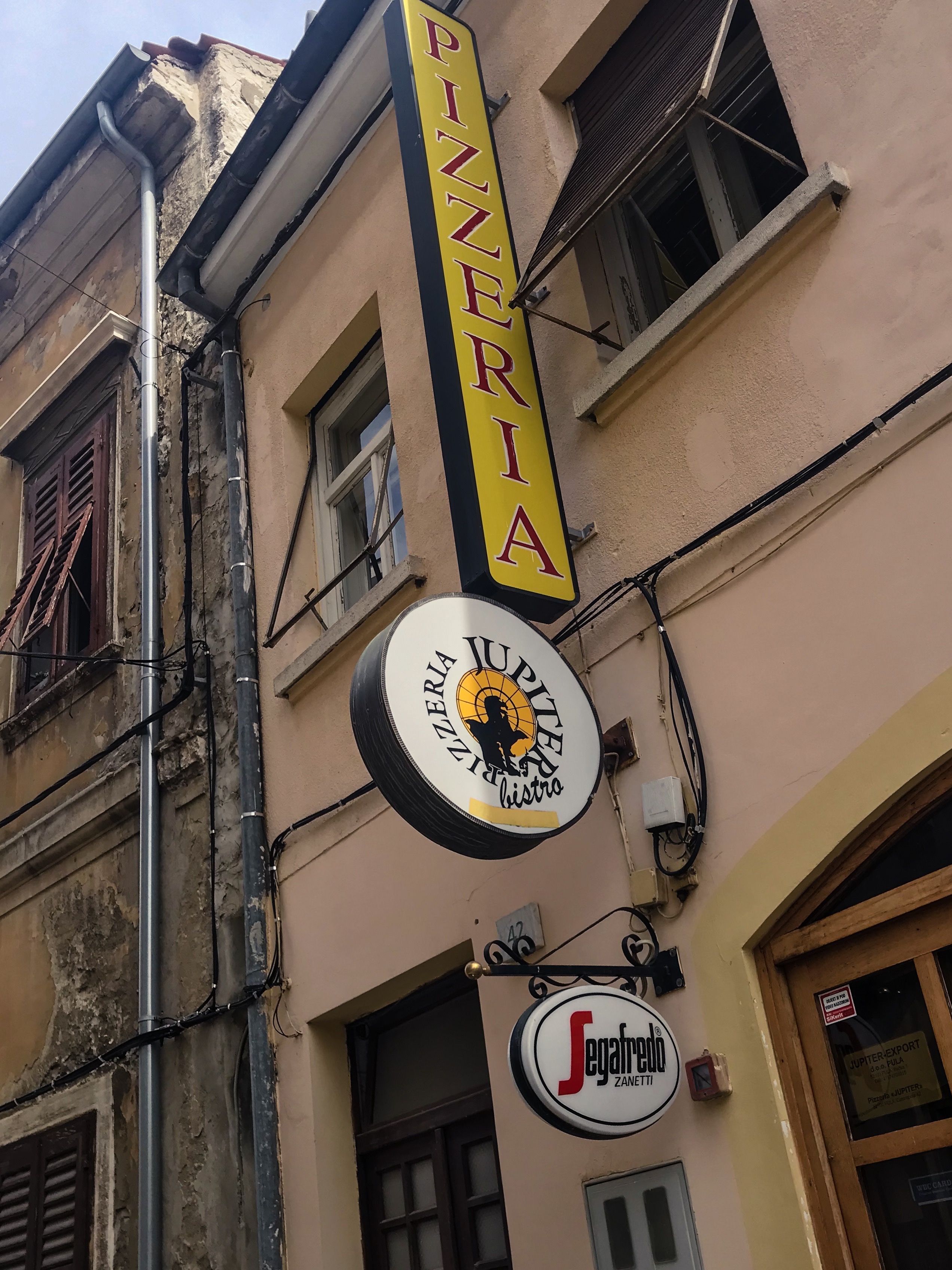 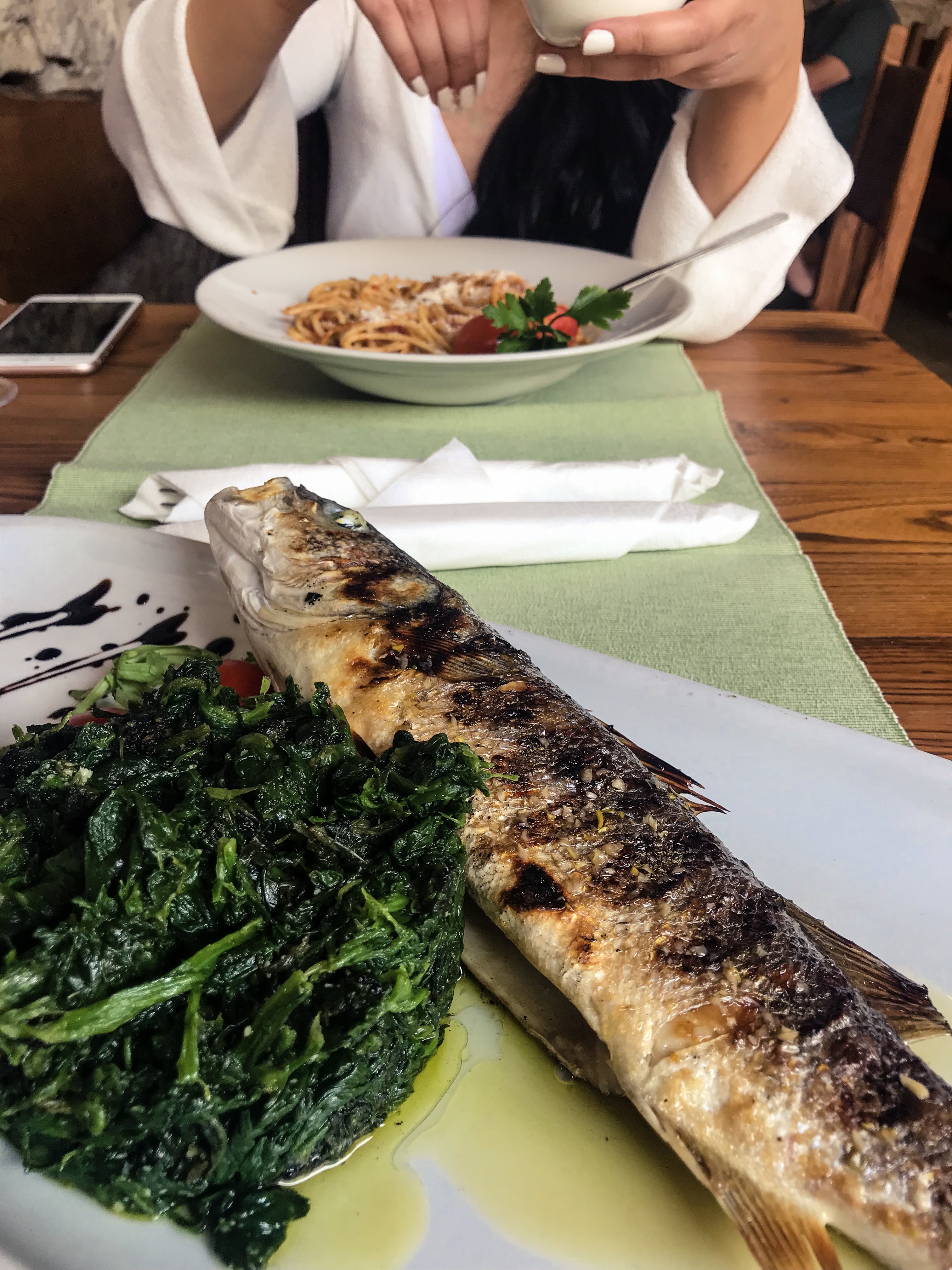 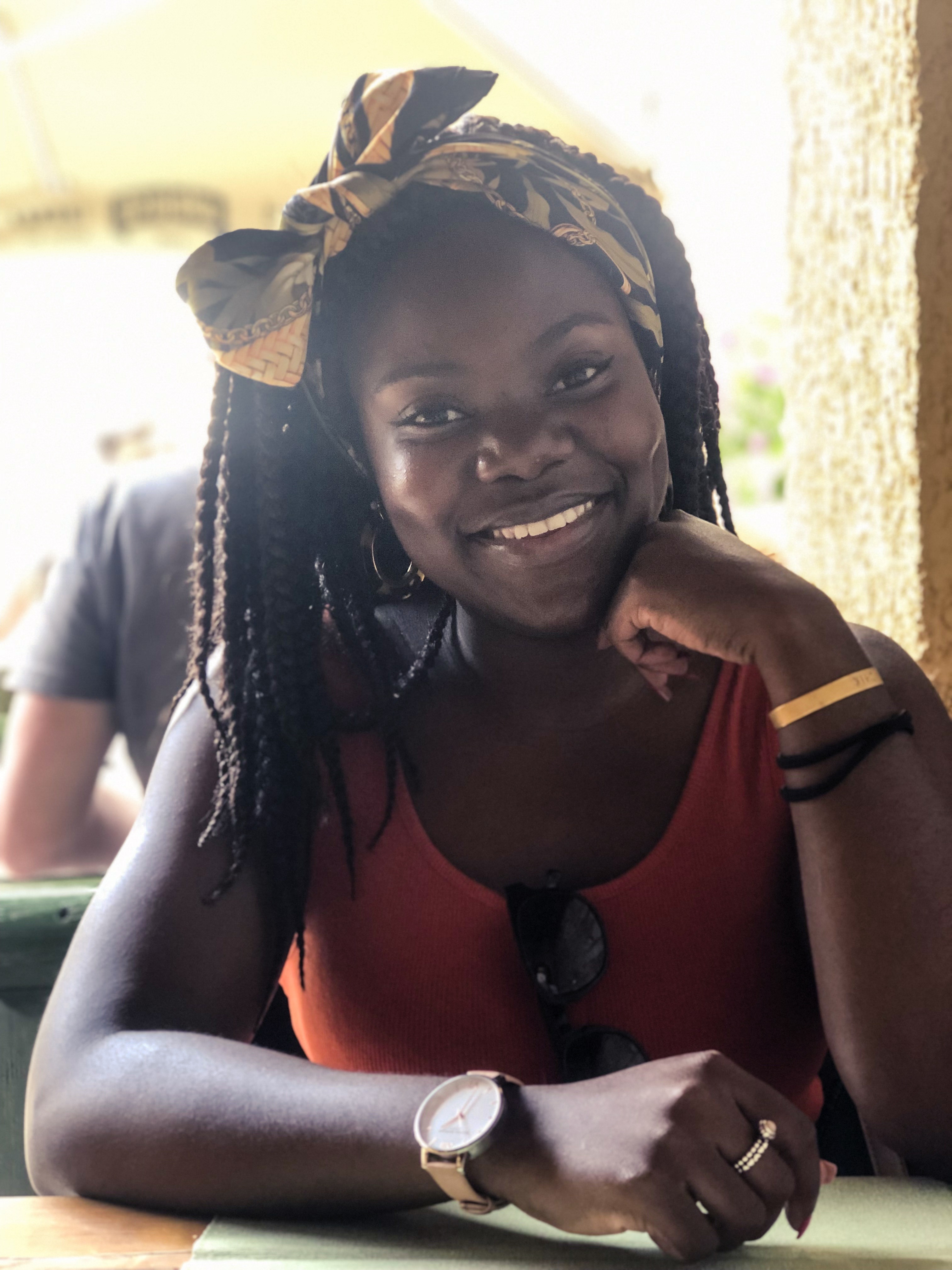 One afternoon we went on a hop on, hop off bus from the centre (not realising we could have got on right outside our hotel) which lasts about an hour. We started off outside the coliseum which is stunning, saw popular beaches and learned about the history of Pula which was mainly disrupted by World Wars 1 and 2. 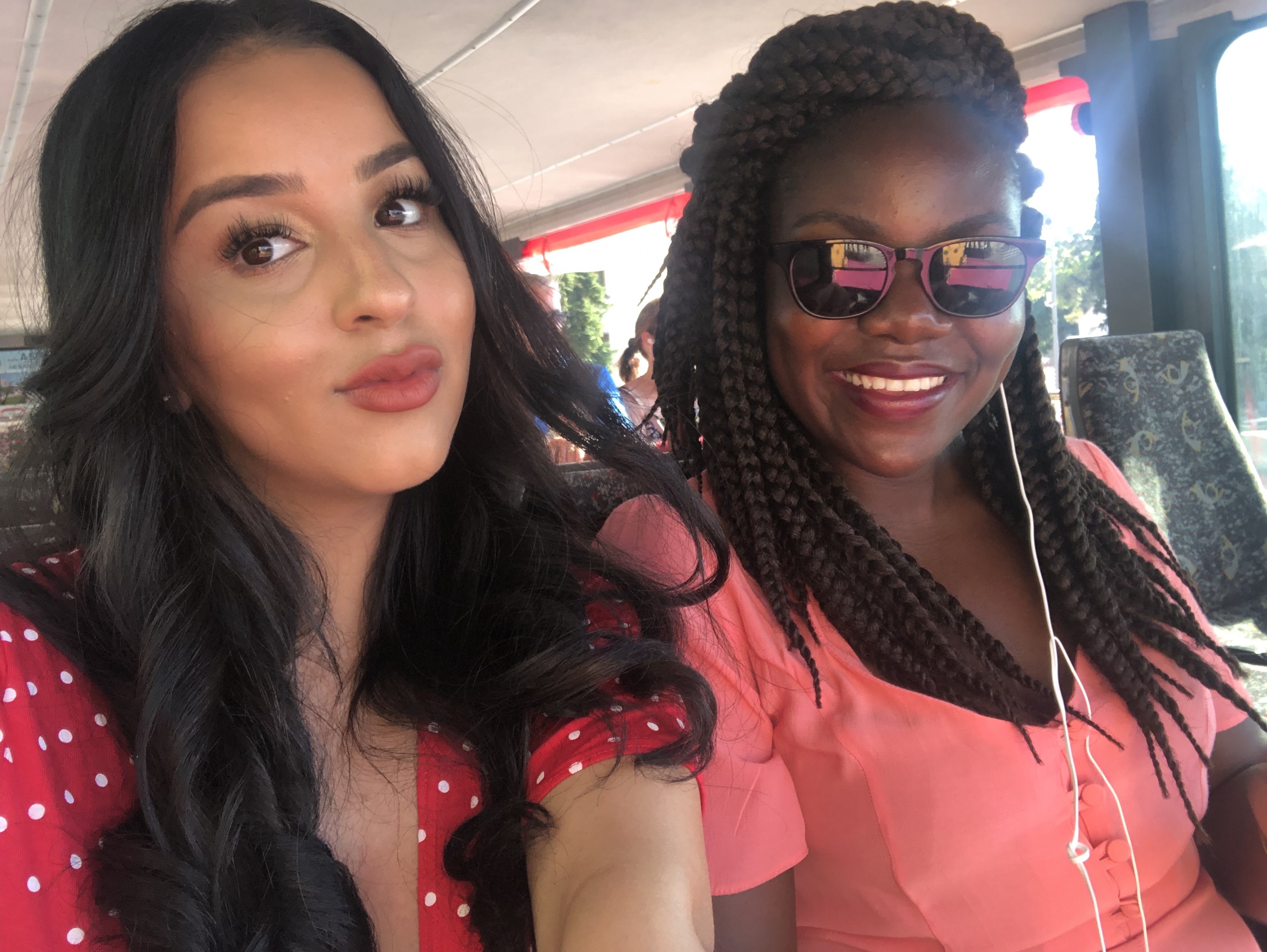 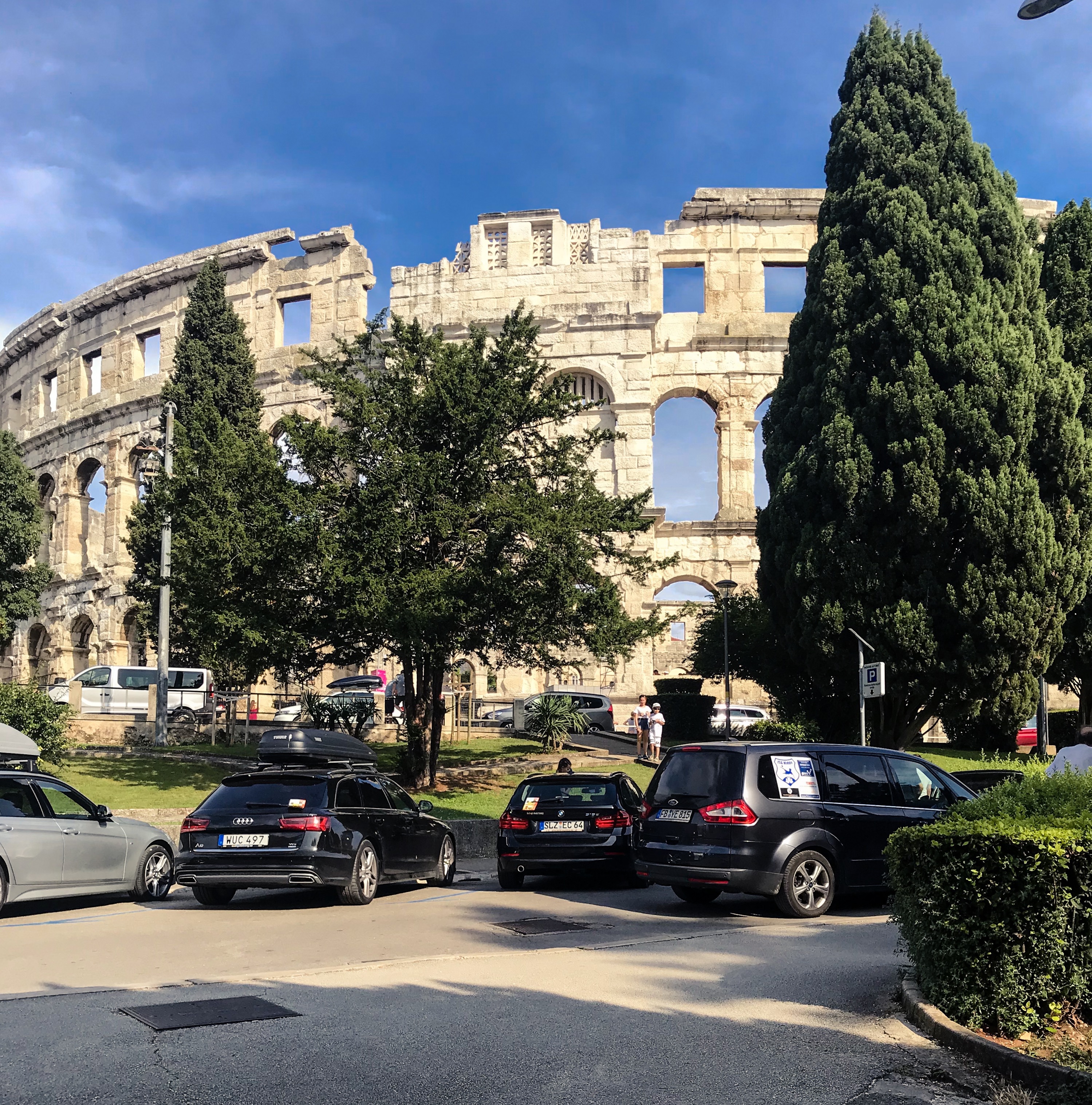 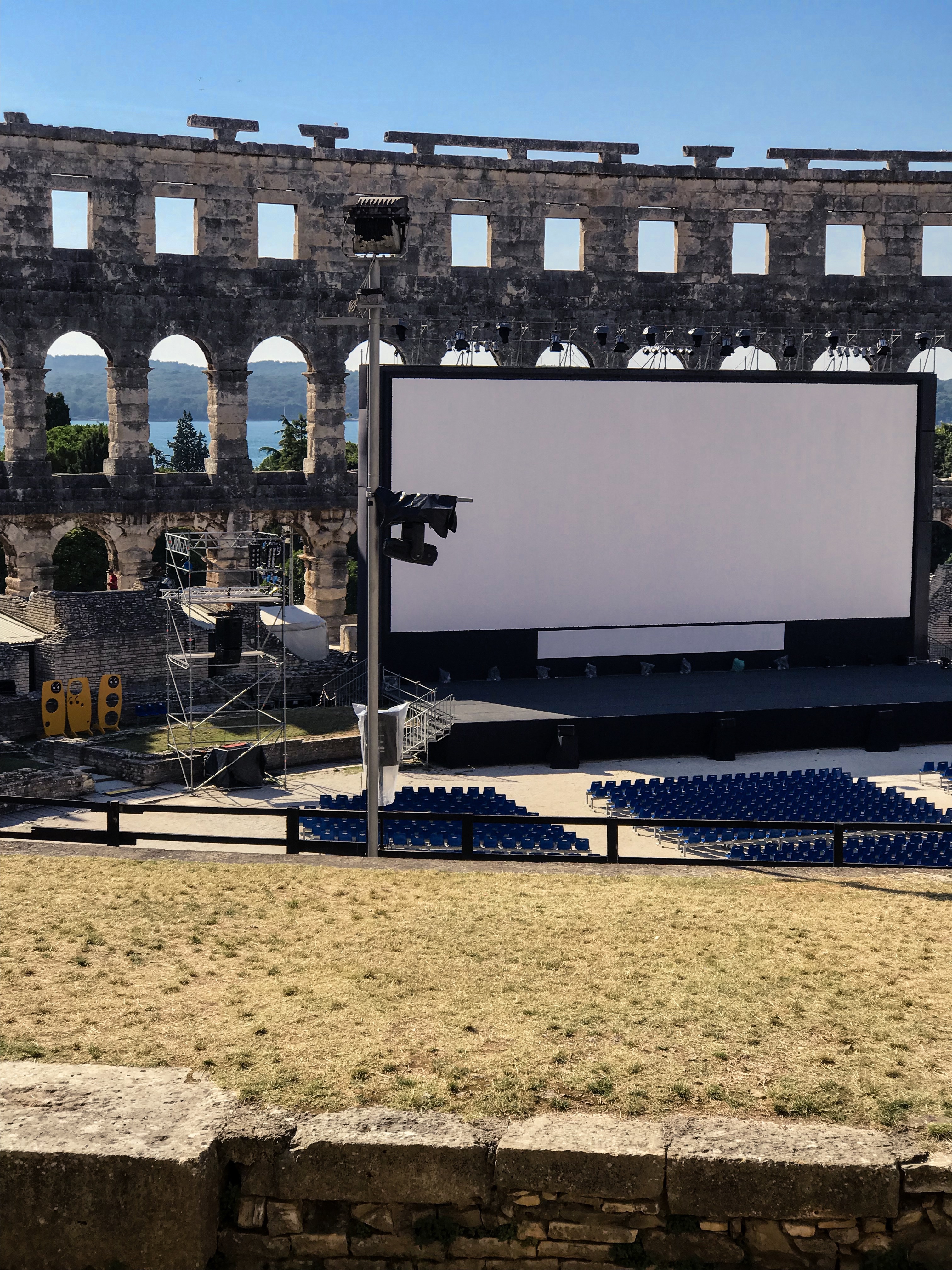 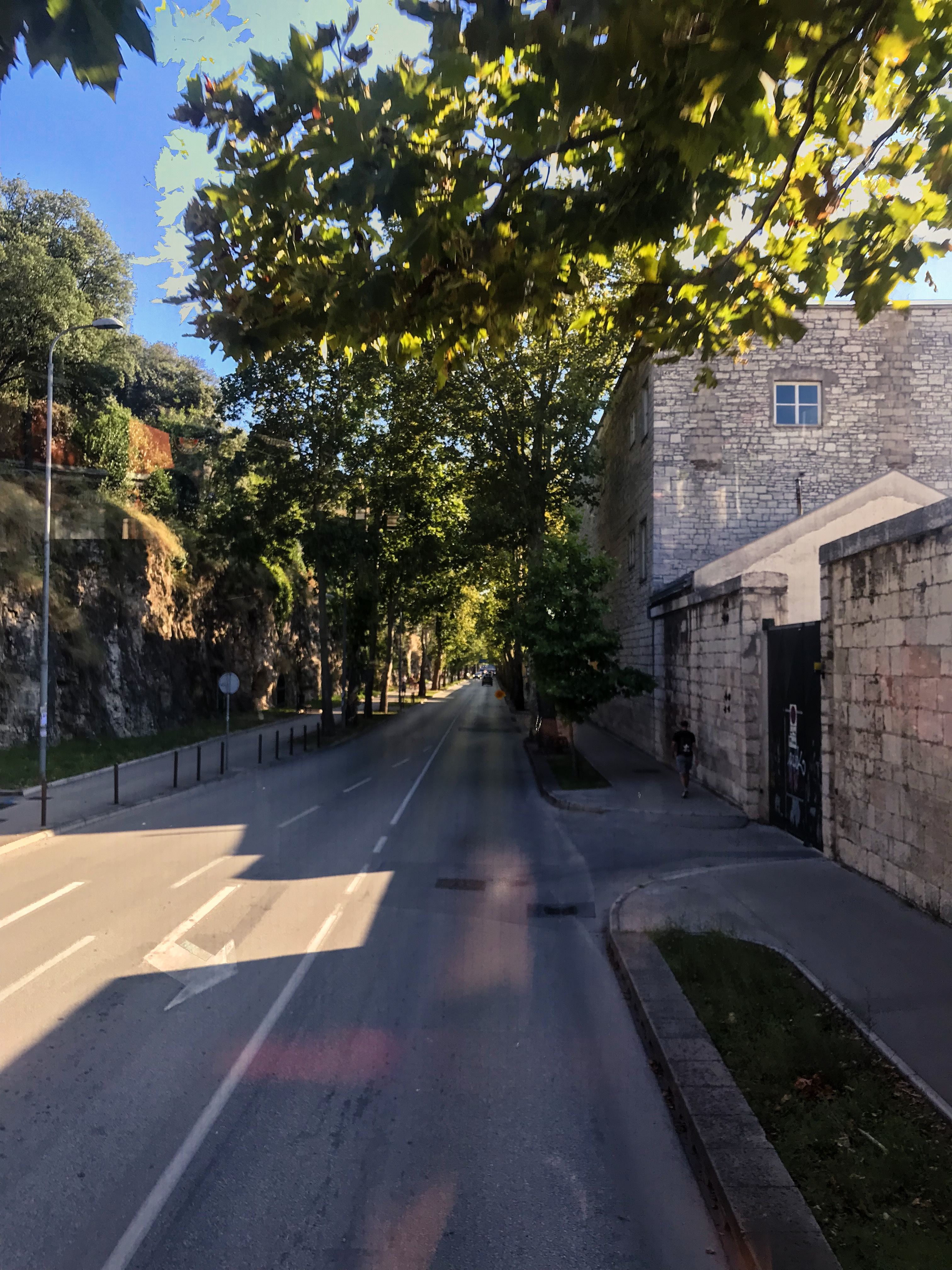 On one of the days, we also had a day trip to Venice but that’s for another blog… 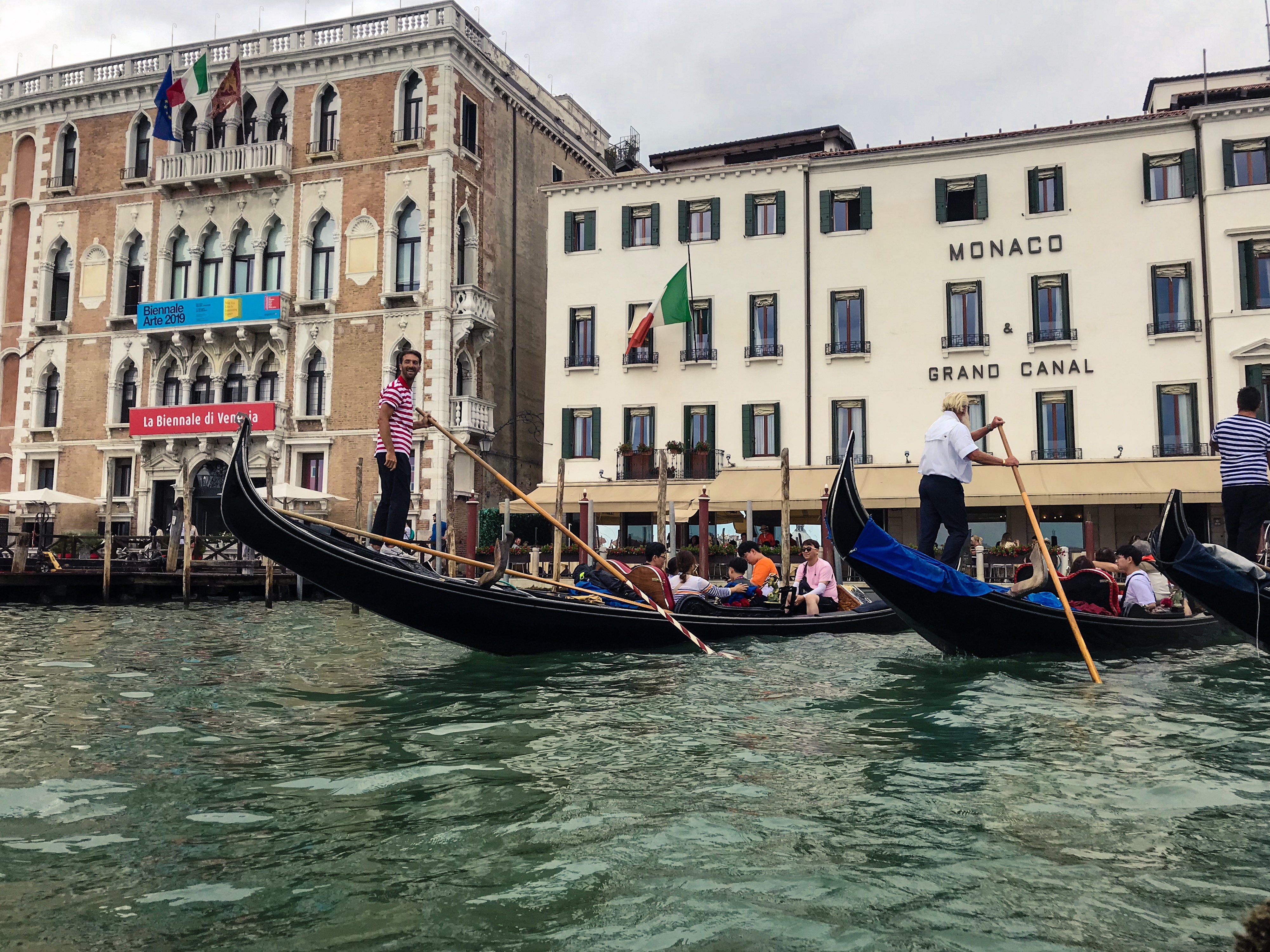 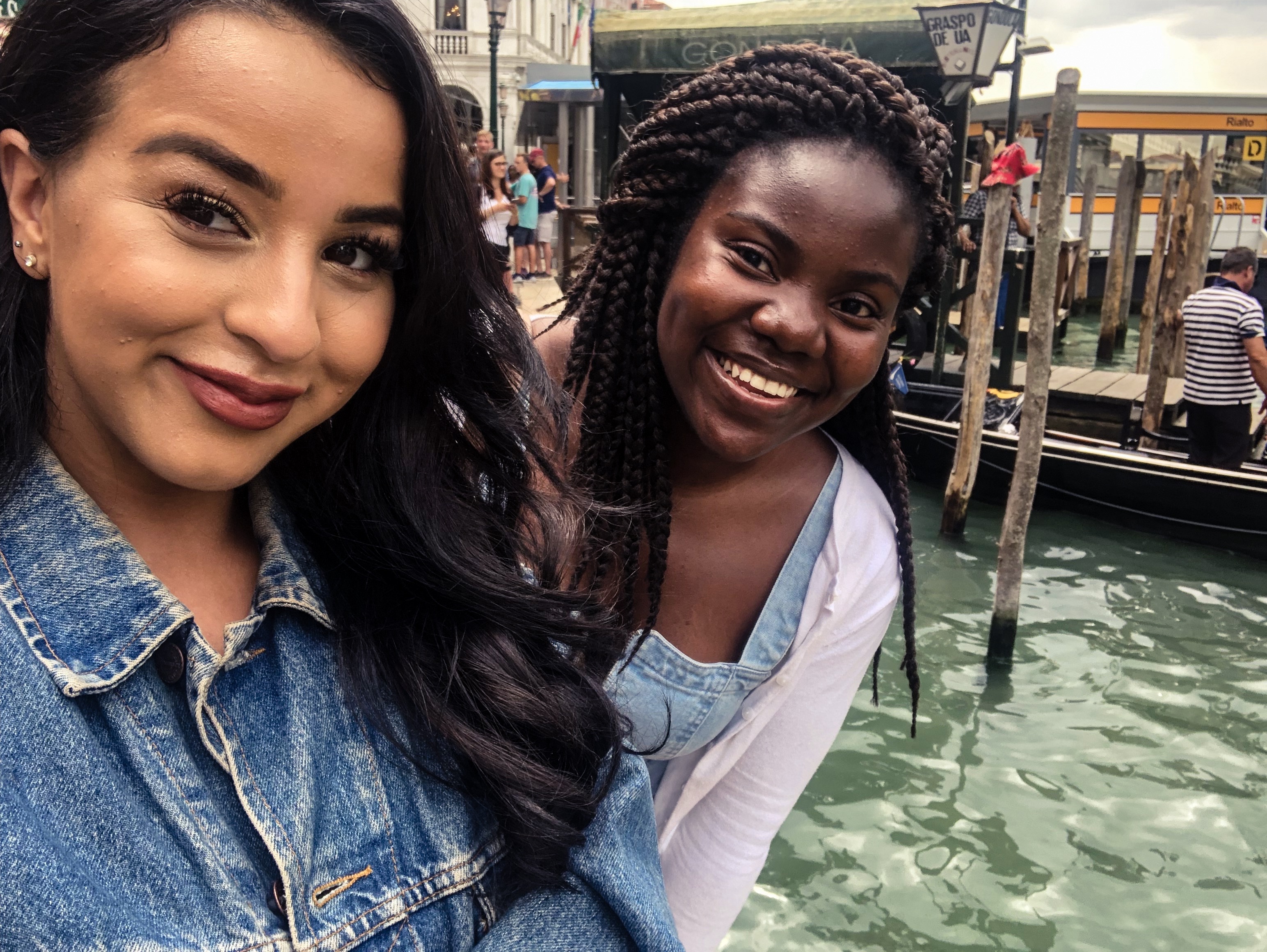 Overall, our stay in Pula came at the best time imaginable! It only really rained when we went to Venice so we had temperatures of around 27 degrees all week, we had such a laugh and got to explore one of the most beautiful countries I have ever seen with the clearest water! 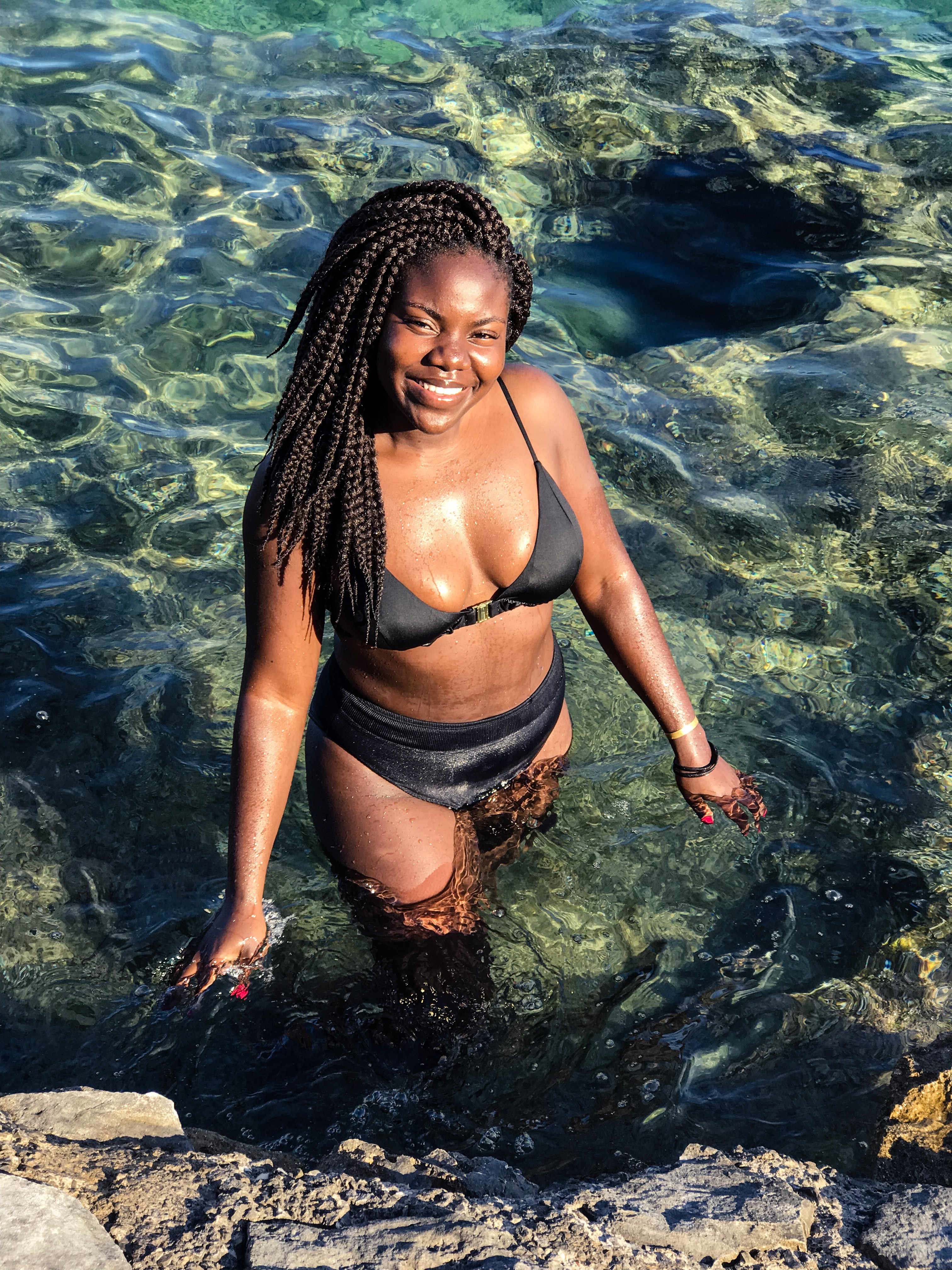