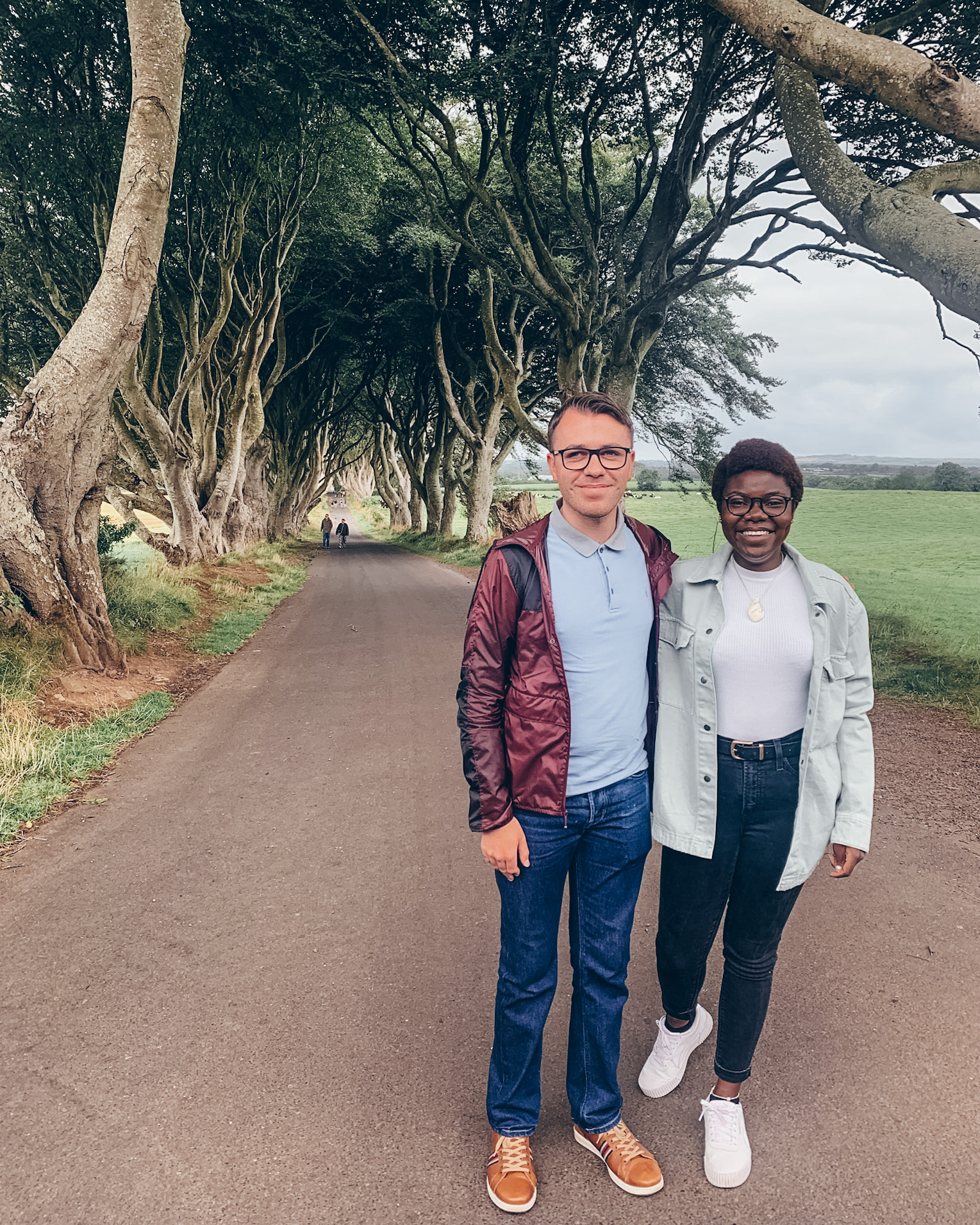 As of this month, I will have lived in Northern Ireland for 5 years – I still can’t believe it! In that time, I have made the most of being a tourist around N.I especially when friends and family visit and yet I’ve still barely scratched the surface.

N.I has so much to offer – from the history of the troubles to breathtaking sceneries which TV shows and movies have made the most of. Whilst the world isn’t back to normal yet in terms of travel, I thought it would be good to share what I got up to when some friends visited a few weeks ago. There’s so much on our doorstep, it doesn’t have to cost much money and it’s so easy to support local businesses which is more important than ever! Also helps you don’t need a PCR test as you’re in the common travel area.

I picked Harvey, Clair, Megan & Chris from the International airport around 10:30 am. They flew using Easyjet with checked-in luggage so I didn’t need to leave for the airport till they were off the plane which was handy. We went straight into Puccinis Café Bistro in Gengormley for breakfast. I chose the omelette with 3 toppings and chips which came to £6.75.

We then headed to the Titanic Museum in the afternoon. For those of you that don’t know, the Titanic was actually built in Belfast. The museum tickets were gifted to me and Harvey as part of Discover NI’s #MyGiantAdventure campaign. The normal cost is £19.50 and includes tickets to the SS Nomadic which was built to transfer passengers and mail to and from RMS Olympic and RMS Titanic over 100 years ago and has been restored.

It was my first visit to the Titanic and a very emotional one in all honesty. Firstly, you can’t fathom how big the ship was, secondly, it brought back my disdain for Rose not sharing that big damn door with Jack and thirdly, there was a ride that I wish we could have gone on more than once…

You don’t have to use the tickets for the SS Nomadic the same day but we decided to as the Titanic tour was quite overwhelming, so we wanted something to cheer us up. Typical Belfast style (always carry an umbrella) it chucked it down before turning into the most glorious afternoon!

In the evening we had dinner at Scalinis Italian restaurant just outside Belfast City Centre. As Italian restaurants go, it is definitely a place I would recommend time and time again! I had the carbonara which was £10.95 + added chicken. It was the second time I had it and was just as DIVINE as I remembered it! The portions are big too so I ended up having it over two meals.

I picked Clair and Harvey up from their City Centre hotel around 9:30 am before driving up to the Dark Hedges which is one of the sites where Game Of Thrones was filmed – the day was pretty much dedicated to G.O.T!

I’ve been to the Dark Hedges at least three times and it’s just so beautiful. This was the second time I’d gone with Harvey and this time, there were barely any tourists which was great! Whether you’re a G.O.T fan or not, it is worth the trip! It took us about an hour and a half to get there and is totally free.

After the Dark Hedges, we drove to the Giants Causeway. Again, this was the second time I’d been with Harvey so he knew what to expect but I loved seeing Clair’s reaction as well as Harveys. It’s one of those places you can never get tired of. I worked out that I’ve been there at least 10 times in 5 years. I thought I hadn’t been last year due to the pandemic but it turns out I did! There’s a car park where the train line (I think it’s one for kids/fun) is and it costs £8.

According to legend, Northern Ireland was once home to a giant named Finn McCool (also called Fionn Mac Cumhaill). When another giant – Benandonner, across the Irish Sea in Scotland – threatened Ireland, Finn retaliated by tearing up great chunks of the Antrim coastline and hurling them into the sea. The newly-created path – the Giant’s Causeway – paved a route over the sea for Finn to reach Benandonner.

Following this realisation, Benandonner rushes back to Scotland, tearing away as much of the Causeway as he can in his haste to put as much distance between Ireland and himself as possible. And thus, the myth of the Giant’s Causeway was born.

Even without the legend, it’s still a fascinating place. You genuinely have to see its beauty for yourself!

After the Giants Causeway, we headed to Ballintoy Beach which was another G.O.T location. Ballintoy has a special place in my heart because it just feels like you’re transported to some beautiful coastal country like Croatia. The water is beautiful, and we found out that there’s a boat tour which I’ve never done and sadly, the sea was too rough for us to go out. It really didn’t matter because the sun was beaming and we just sat by the sea enjoying the company, our lunch and of course the view!

It’s about a 20-minute drive from the Giants Causeway to Ballintoy beach and on a lovely day, you’ll find bodyboarders, jet skiers, and canoers. Next time I go back it’ll hopefully be a nice day and I can try the boat tour!

We had a BBQ at my house Saturday evening courtesy of my dad, PopsSpices (link to Instagram) before and made the most of our time to catch up. I don’t know about you but even going back to a bit of normality still seems so wild/unreal at the moment! We literally chatted for hours and it was so nice…

We got the check-out times mixed up on Sunday, so I headed to breakfast at our favourite spot No. 36 on Belmont road before I met my guests in Victoria Square. Warning, if you want to go shopping on a Sunday, you’ll have to wait till 1 pm which is when everything opens. Yes, 1 pm! It can be annoying when you need to get stuff done but as someone who worked in retail, I really appreciated the one guaranteed lay in!

This is genuinely only a small snippet of things to do. There’s the Rope Bridge near the Causeway which we didn’t manage to get to, the tour buses/black taxi tours (I’d recommend doing both) and sooooo many more independent food places to try but we can save that for another blog!

Let me know if you’d like more info on any of the itineraries mentioned or you’d just like some more ideas. I’ve also made a TikTok video of the weekend for you to enjoy. 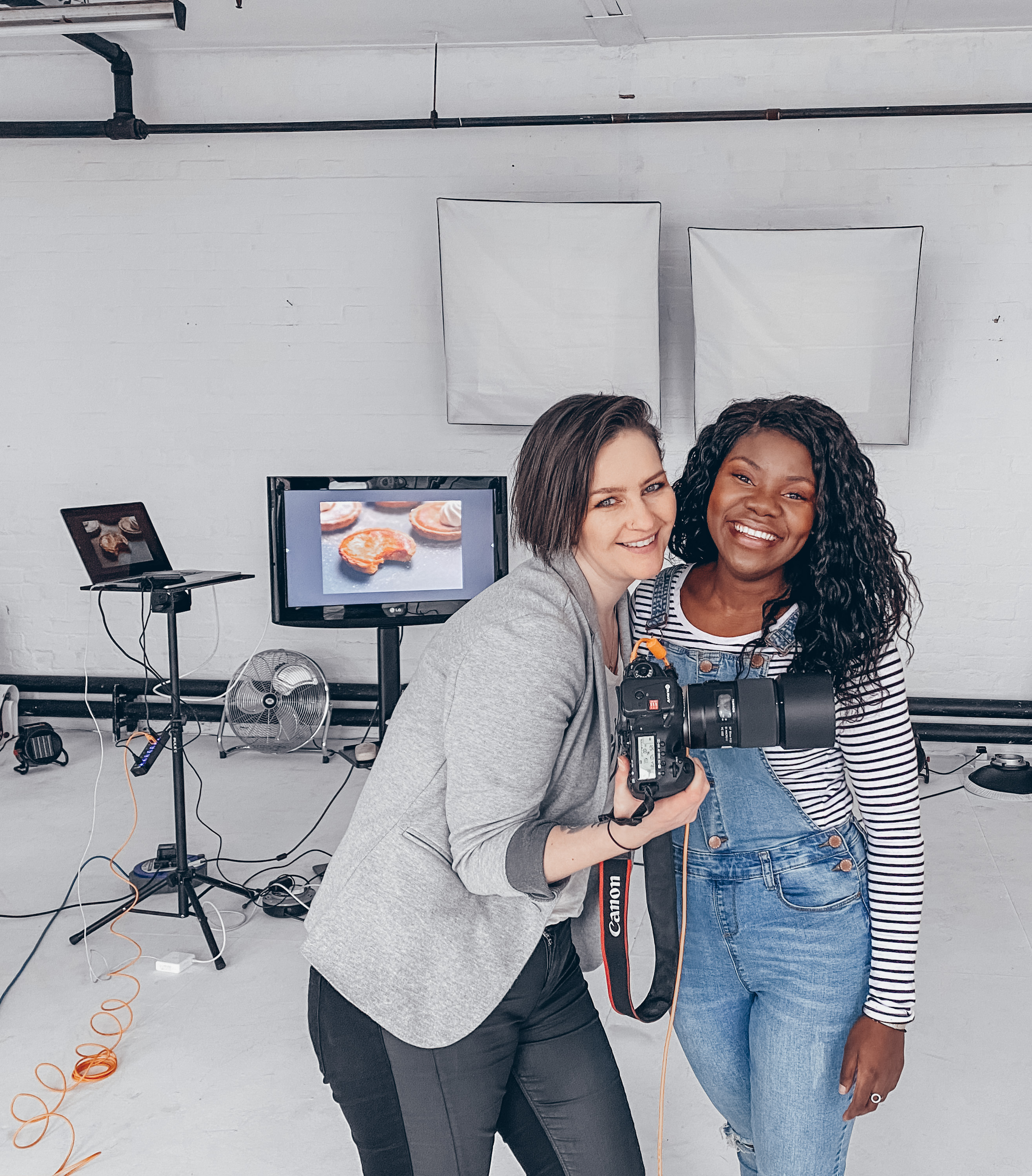 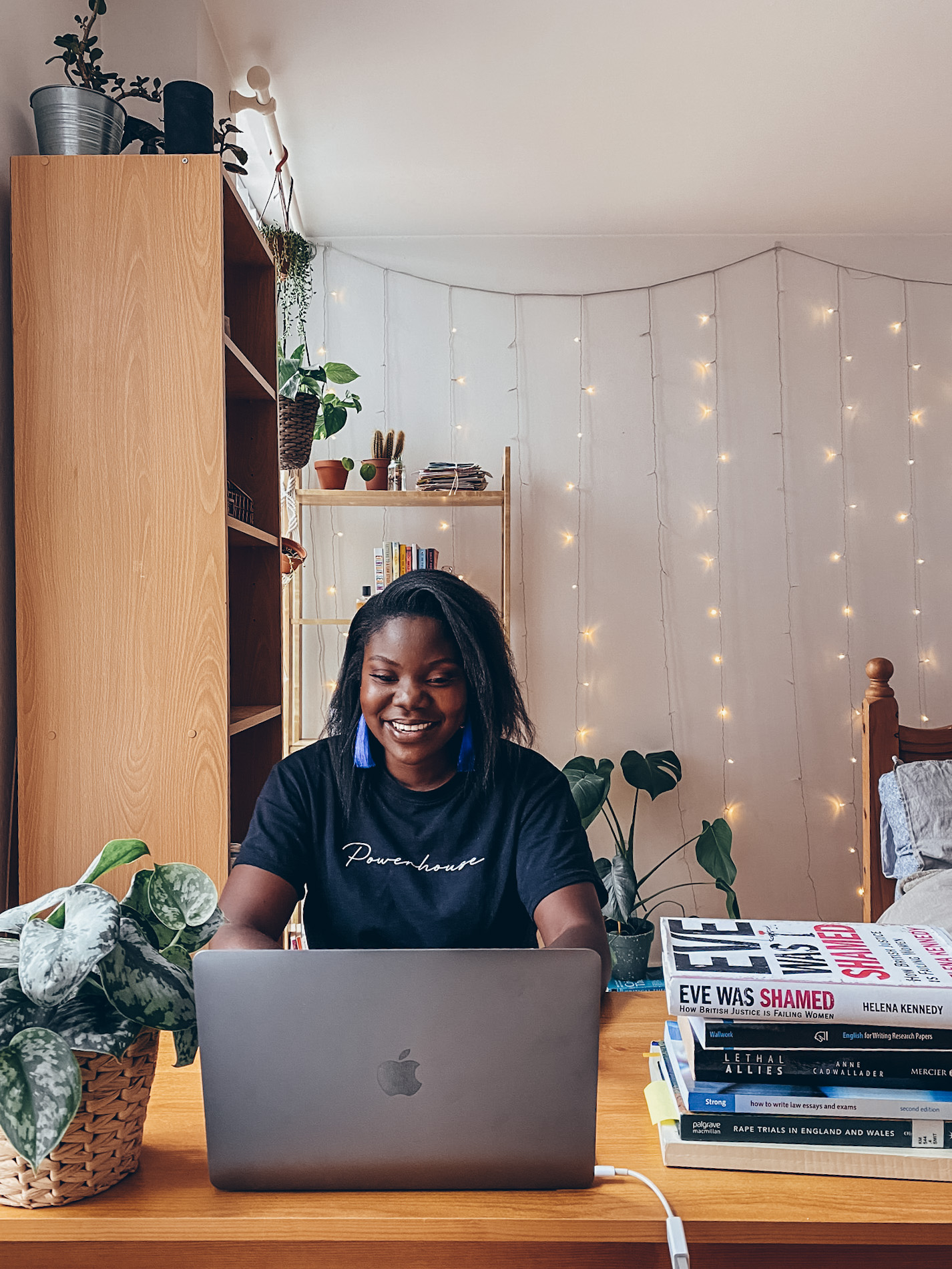 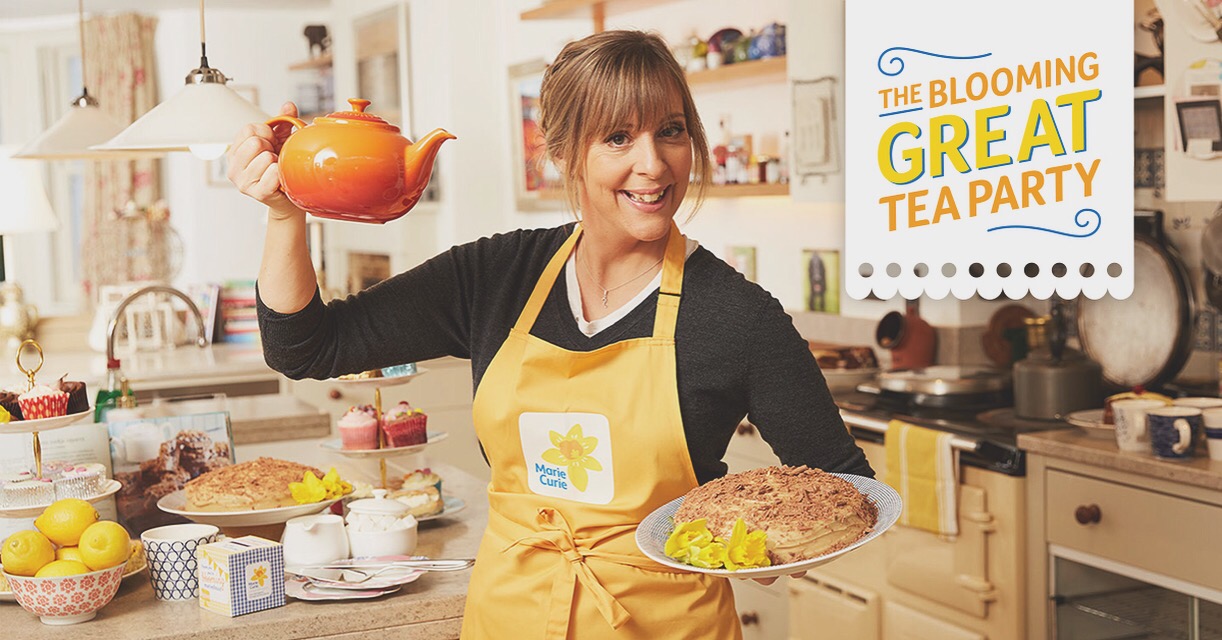